One thing I’ve always noticed is that one channel is noticeably lower than the other. No matter if playing mono sources through my Roon server or using Mosaic on my Upsampler and similarly sending stereo and then having the Spectral preamp switch to to mono mode. It became ever more evident when I shipped the DAC off to John Fuller for the APEX upgrade this past Friday. I put in an idle Schitt Yggdrasil DAC for the Vivaldi, disabled Dual AES and ensured nothing but PCM less than or equal to 192k was sent from these sources. Made sure the Spectral preamp hadn’t moved from central channel. I wouldn’t think any connection coming from the Upsampler would matter (AES1 vs AES2 or the SPDIF outputs). Even tried the Channel Check and Phase Check via Mosaic to see if these would indicate some downstream issues. If anyone can suggest what I might consider testing to pinpoint the possible source of this, I’m happy to try. And I’m certainly hoping that there is sufficient testing during the APEX upgrade to see if the analog output is proper and fix it if it isn’t.

Just to be clear on this - were you one channel lower than the other when you swapped in your Schitt DAC too?

At the risk of asking the totally obvious here but have you checked the setting for “Balance” on the DAC (Page 33 of the Vivaldi manual)?

I’m fairly sure I’ve checked that setting in the past. However, as it’s no longer in the system, I’ll need to await its return. I’m assuming that using either the physical controls on the DAC or using Mosaic should work equally well.

I can only hope that, in the process of performing the APEX upgrade, John will include a check for output, among what I’d expect is a dCS prescribed set of tests before it heads out the door.

I have been having this exact issue for a long time. The difference in volume between my left and right speaker is subtle, but once you have noticed it it keeps irritating. I don’t have a pre-amplifier so I have to adjust the balance in the Vivaldi DAC with several DB’s. It also seems to get worse after a few hours playing time.
I had already contacted my dealer about it.

We have - almost - ruled out all other possibilities by changing cables, swapping speakers and monoblocks.
We were thinking it was an issue with the acoustics in my listening room, so I purchased these Acustica applicata diffusers. They didn’t solve the problem but did bring other benefits.

Anyway, I am - sort of - glad to see this topic. The problem is probably in the Vivaldi DAC and there might be more owners with this (subtle) issue.

I also ordered the Apex upgrade and wil ask my dealer to check this with special attention when the upgrade gets installed.

What happened when you contacted your dealer about this? How long ago was this?

Thought I was having some sort of auditory delusion (and I still might), but I’ve seemingly struck a nerve here. I can’t claim the problem is not caused by something apart from the electronics, but figured it was worthy of testing the DAC.

The room and even my hearing (I’ll be going in for testing the first of September) may be possible causes. And if I had some good testing equipment that might suggest I’m not crazy. But having equipment and really knowing how to use it - that’s something else.

Not struck a nerve, I’m much more concerned that if you felt you had a problem (same with Rene) then I would expect/hope that the problem was raised to your dealer and that the dealer looked into it and either found that there wasn’t a problem or if there was a problem then it was resolved (but from what you are saying it would seem not) …

I assume that you have discussed this with / mentioned it to your dealer … what did they say about it? (If you didn’t then was there a reason why not?)

Did they take a listen to it? What did they say?

Did they test anything?

Did they contact anyone back here at dCS so I can try to check up on whether this has ever been raised here?

but figured it was worthy of testing the DAC.

Well yes, absolutely it is, but unless it was something that has only just occurred then it should also have been checked out some time ago!

My dealer has been out numerous times and never noticed what I’ve described. I raised it, in the absence of knowing what, if anything, gets tested in the process of the upgrade. I’d not want to slow up the upgrade process for anyone. So, if that’s what would occur, I’d rather get this properly evaluated, post upgrade, in the field, as it were.

I’m guessing that since the unit was shipped back East from the SF Bay Area last Friday, it may not have arrived yet. So, I’ll leave it to your best judgement on how best to proceed. I’ll be satisfied with whatever you decide.

Sorry Steve … this is just my worst nightmare that someone has been left hanging.

Hopefully we can get yours pulled and checked before being updated and we’ll know one way or the other.

Thanks. I really didn’t think this would turn out to be such a problem. I don’t want you to put the APEX upgrade process flow into jeopardy on my account. Doing problem determination at my end is probably the better course of action.

I’ve had a reply through this afternoon from our service centre … they have said that they do have your unit and it’s in their queue to go through.

Excellent! Glad to hear John already does a “pre flight” check. That’s really all I was hoping for when I started this thread.

Though sending DACs back and forth cross county takes more time, having it in the capable hands of John is most reassuring.

I’m certainly looking forward to putting the upgraded APEX Vivaldi DAC back into my system.

This is left and right channel balance pre-update… 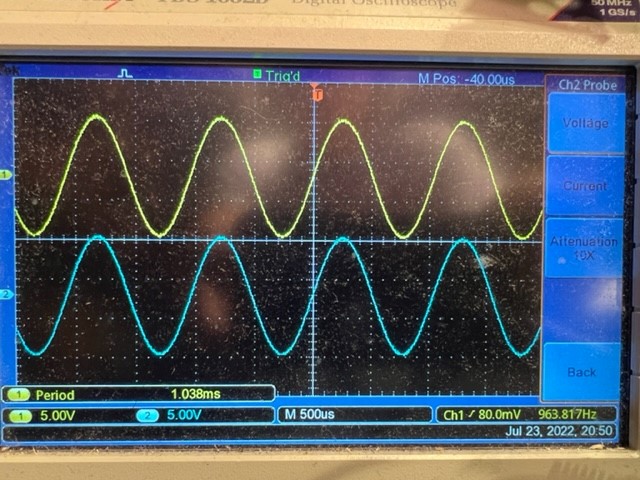 …and this is left and right channel balance post update. 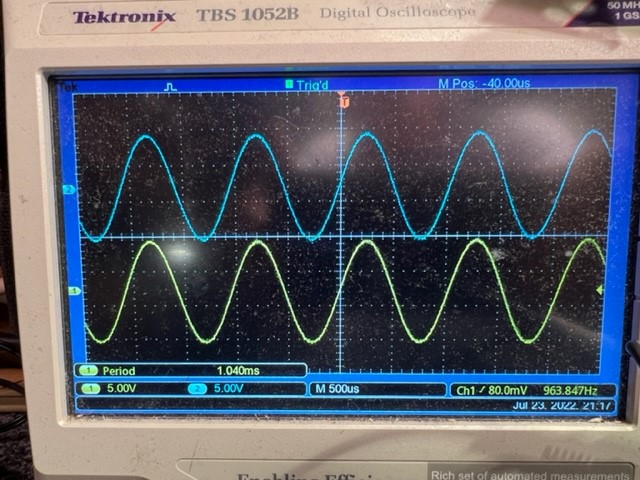 Hope that puts your concerns to rest…

Great! I must have screwed up the channel balance setting when using the DAC. Looking forward to getting it back in my system…maybe before months end.

Steve, I have suffered from R/L channel imbalance over the years and have found that, in my case, despite all kinds of attempted remedies, eventually only one factor turned out to be the cause. The precise distance from listening position to each speaker was unequal ( we are talking mm here).

This seems such an easy thing to get right but it is so easy to be misled.

Firstly do not try to eyeball this; use a measure.

Secondly do not use your front wall to speaker as a reference point.Given the small distances which have an audible effect the fact that many front walls are not built at a true 90 degrees to the side walls is often the cause of misalignment. For the same reason measure instead from your head’s listening position to the same point on each speaker ( e.g. midrange centre). Of course ensure that any toe-in is symmetrical. It may also prove worthwhile to check that the distance from side wall to speaker is the same for each.

I hope this is of help.

Appreciate your recommendations. With my Wilson Alexia 2’s distance, toe in, etc are crucial. I’m thinking it’s finally the time to visit my audiologist. There may well be some peaks and valleys in my hearing. Scheduled that for next month. Might need some hearing aid, at least in one ear. If so, I’m hoping to find one that doesn’t ruin the musical experience. One I’ve heard about, Widex, may fit the bill, and it’s carried by my HMO. Michael Fremmer has tested it out and seems to approve of its capabilities.