I shipped a ceramic inflatable astronaut (hey, it’s a thing) from North Carolina to London…and then back to California via New York. The number of times we held our breaths as we opened boxes >>> 0.

But they live on

The joy of good packing!

So interested to hear clock impressions. I know they’ll come eventually, but…

I shipped a ceramic inflatable astronaut (hey, it’s a thing) from North Carolina to London

Minor update. The “Survey-In” period for the Kronos1 has taken a little longer than expected. My temporary placement of Antenna 1 indoors (pending outdoor roof installation in a couple of weeks) was just obstructed enough to keep me below the necessary number of satellites for survey lock. After moving the antenna to a new location, I now easily have visibility to the requisite number (22) as seen here:

image3756×1873 1.08 MB
Getting the antenna properly placed produced immediately improved results as displayed in the Status screen, when the variance dropped from 16.5m to 15.8 within minutes and has continued to decline steadily every since (now at 9.9554m):

image2834×1258 659 KB
And this has continued to improve on a very impressive frequency response:

The frequency error is now under 1 milli Hz. That is 0.001x Hz out of 10,000,000 Hz. That is an error of 0.1 ppb. This is an impressive piece of equipment. I asked @Andrew once what he meant by a “lab grade” or “non-audiophile toy” reference clock. He never said😉 but, while I am no engineer, this certainly seems a candidate. I have only listened casually so far over my speakers, and a little more closely over the Stax. I am not going to get really critical for another day or two.

Hi all, new member here. Hope you will appreciate my input. Although I have not yet read all the posts of this topic I’d like to add my experiences with the Mutec SE120 as an external reference clock for the Vivaldi clock (I also own the Vivaldi One). It took some time and effort for my dealer and me, but in the end we got awesome results. However, this thing is crazy critical with cabling! We ended up with a CrystalConnect Monet power cable and same brand Dreamline clock cable. Both cables together exceed the price of the clock alone, but it’s hard to fathom the increased SQ until you hear it. I expect to receive the clock (my own acquired sample) tomorrow and I cannot wait. It simply creates a huge and holographic sound image in which the speakers really completely disappear. It’s sooo addictive that I cannot do without it anymore. Very highly recommended!

As @stevebythebay has just raised this subject in the Ethernet cable thread and is I was idly mulling the subject last night I wondered how you are finding your current reference clock in comparison to its predecessors? You last wrote in mid-March saying :

I am not going to get really critical for another day or two.

But we have heard nothing further.

Hey Pete. I have been preparing a fairly detailed discussion of this project, which has been repeatedly delayed for unexpected reasons. One has been a complete—and unplanned—reno of the master bathroom. Nothing like jackhammers and small earth moving equipment inside your home to compromise musical serenity.

Anyway, TL;DR version: the addition of the Kronos1 has made something wonderful even more so. It has also led me to remove the Allegri Reference passive pre from my system and discover that I overall prefer running the Vivaldi direct.

Seems to be a winner. Is this, you think, a function of design (using satellite sources), or better and consistent clocking (if that’s even done), or other implementation factors? Seems each of the 3 clocks take different paths and the dCS would appear to benefit most from the Kronos1.

It has also led me to remove the Allegri Reference passive pre from my system and discover that I overall prefer running the Vivaldi direct.

That is a most unanticipated outcome. It certainly indicates a more than marginal change to the sound. Sadly, as you know, I just do not have the space that the Kronos needs.

Steve, those are good questions. I wish I was more of an engineer to be able to answer them. Instead, I can only parrot what we have all read here, and what the Novus engineers have shared with me. Purely from a spec perspective, the Kronos is a more accurate clock in both the short and long term, with less phase noise/jitter than the Master. So, we start by not making anything worse. And we give the Vivaldi Clock something to “check itself against” over time (long term). As James has written, it’s clear that a proper reference clock can improve the Vivaldi’s long term stability, but whether any of us can hear that may be unknown. Andrew has also made reference to the possibility of a real laboratory-grade clock improving Vivaldi’s performance, as opposed to the “audiophile toys” in the market (his words, not mine). So, my assumption here has always been that the goal is to help Vivaldi Clock do its job even better. I believe dCS designers and engineers put that reference clock input in the box for a reason, and not merely as an ornament or a checkbox feature, to give Vivaldi something even more accurate than itself. So, my goal has been to find the best reference clock I could afford (actual cesium clocks being out of my price range) that met the different criteria identified by dCS. The SRS Perf10 meets those criteria (and even bills itself as targeted toward the dCS stack), and the Kronos ups the ante with even greater precision and less noise/jitter. The Kronos has three different time sources: an OCXO, a rubidium clock, and two GNSS receivers that effectively bring cesium clocking accuracy.

Both the SRS and the Kronos have, for my listening, been sonically rewarding. The unexpected surprise, that I now prefer my system without the passive pre, has been the icing on the cake.

Among the experiments I am still trying is listening with Dither turned off at the Master Clock. This was something Ben suggested during a phone call we had recently. As I read the various explanations of dither here and here, it seems to help address a very specific dead zone aspect of the PLL architecture, and so seems unlikely to be affected by the reference clock. Still, it seemed a worthwhile experiment. So far it appears to me (so far) that both the dither setting and the use of an external reference clock operate completely independently. I hesitate to state any opinion here, because changing and comparing these settings cannot be done remotely, let alone blindly. I am always aware of what setting I am listening to. So, I try to listen carefully, for extended times, take good notes, and be alert to noticeable changes, if any.

Thanks for your detailed response. I’ve had the OP21A-D since last September, so I’m unlikely to want to replace it so soon. And from what I gather the Novus clock would demand setting up antenna(s) on my condo’s roof, which might not be viable. And I’ve no notion of what it might cost to implement, and I’ve no use for a 2nd clock, so I’d need to find another home for it. And most importantly I’ve no clue how much of a difference using either the SRS or Novus clock would actually make in my system. I suspect there’s no try and buy with either of these, right? But I really appreciate all the work you’re doing to validate just how these clocks support and benefit the Vivaldi Clock. Of late, I’ve been more focused on getting the most out of the dCS stack with upgrades to both power cables and interconnects using Shunyata’s most recent products. These, surprisingly, have made quite significant enhancements to the SQ of the system. There are always, it seems, ways to make our systems all the better…

There are always, it seems, ways to make our systems all the better…

Indeed. We have many choices for approaching these goals.

Greg, is your Novus sitting at ear level above ground?

(Watch from 3:10 in if you’re pressed for time [pun unintended] 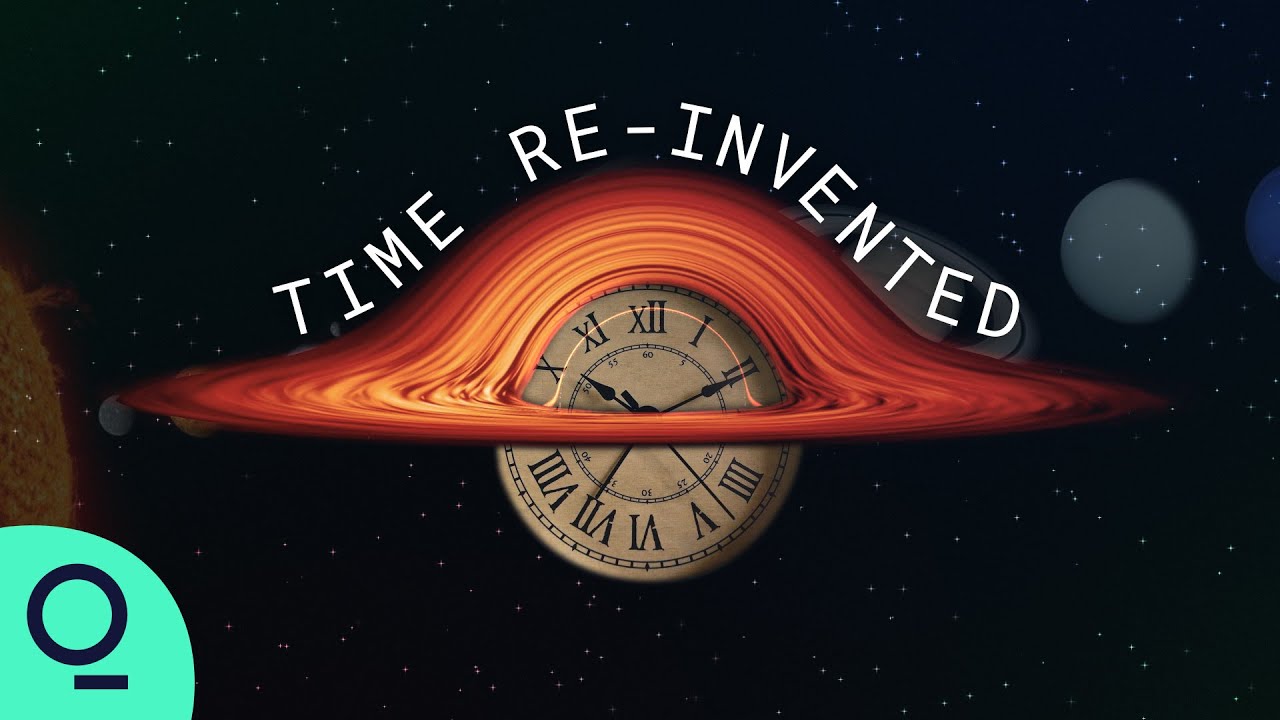 OMG, Anup, that is marvelous! As a big Interstellar fan, this is delightful! And now I wonder, as I slouch down in the couch, is it all changing?

That was very enjoyable, Anup, thank you

I’ve now reached the final installation stage for both antennae that feed the Kronos1. My initial installation was intended to be temporary, with both antennae mounted on wooden blocks that just barely peeked over the eaves of my roof and were adjacent to each other. Although this arrangement was functional, it was not optimal. As of yesterday, both antennae have now been mounted on masts that, while not as ideally far apart as I would like, are better elevated and separated: 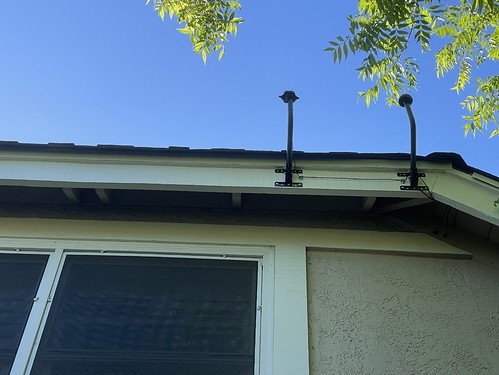 The really good news is that this arrangement has already produced a more accurate survey than before, even though it still has 16 hours to go:

A fantastic explanation on some time effects I was not aware of. Thanks so much Anupc for sharing this video link.

So Greg, what’s the verdict on the Kronos 1 clock?

NIST in Boulder also found this; no idea if it was the “experiment” mentioned.

In reality a section of floor was being replaced in the lab with the clocks, so they temporarily moved one atomic clock out of its rack and set in on the floor a bit further over in the room so they could remove the rack for the floor replacement over the weekend.

They noticed the discrepancy between the clocks when they returned on Monday.