I’ve got a delightful, drop-dead wonderful female dCS lover here at home, but you can’t have her.

Ha ha — my lovely lady nods politely whenever I talk audio. She’s far happier with her AirPods than she’d ever be with a Vivaldi stack. (Bah!) She loves music, but enjoys her private listening sessions more than she does sharing the racket I create in the other room

I was sooooooooo happy when the person I sold a PS Audio P10 to ended up being a retired female audiophile, though. It might be that men are the majority, @Ermos, but luckily it’s not only men!

If I’d not made that blunder about the HPA1/4 Erno, we could have been an item!

As far as I can tell over the last ten years there has been only one female name posting on the Naim community, but it’s hard to tell!

In the 19seventies and eighties, all girls and young women I knew had their own stereo set, some even a much better one than I, and their own huge record collections. What happened?

Some attempts to find the answer:

I mentioned at the beginning of this Munich 2018 tale how European taste in high-end audio differs from the American viewpoint. What I forgot to mention was how different the audience is. American audiophiles are at least 95% men. At American audio shows, you will see some wives touring the rooms with their husbands but rarely will you see women alone and pro-actively auditioning components for purchase. Here in Munich, I saw numerous solo women pro-actively enjoying the hi-fi fare and even, a few female-female couples. One of these couples came into the Grimm Audio room, and sat down in the exact perfect sweet spot. After one or two song selections, the couple switched places—so the other could experience the sound from the seat of perfect focus. Who’s ever seen that in America?

At one point, Guido Tent, owner of Grimm Audio, was playing Rammstein and everyone’s head was bopping. Besides the two young women, the room was filled with young fit men in tight shirts. (Who’s seen that in America?) All this unusual fun was provided by Grimm Audio’s middle model, the 40,000 Euro LS1 with a LS1s-dmf Sub Bass Unit. The LS1s are completely self-powered and feature a built-in DAC. The sound was detailed and powerfully invigorating. (Undoubtedly, Grimm Audio’s lively vigorous sound contributed to the diversity of its audience.). The women and fit youngsters stayed for several long songs and looked as relaxed and happy to be there as I was. 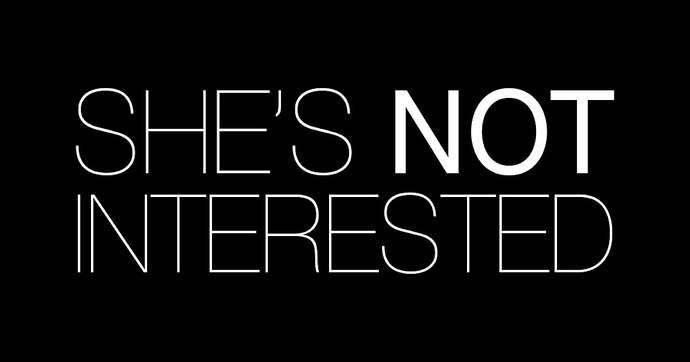 How Women and Men Differ on High Performance Audio

Having recently returned from RMAF, I am awash with all that was seen and heard. Those remembrances, however, do not include much in the way of women who...

And what about the 4 daughters ?

@PaleRider and @mitchell1079 both say they surreptitiously passed their other halves the money for some of “their” kit, so I reckon on paper there are at least two more lady dCS owners than we think

(California is a community property state, so Meg already has half of my Bartók. Thing is, she’s rather keep the picture of the flattened cat than get half a DAC in any divorce.)

And what about the 4 daughters ?

Offered them to gypsies years ago. No takers.

No, I don’t think I said that. No games playing here. My much better half is all too supportive of this hobby.

The funny thing to me is, that I got into this hobby of us because of my aunt.

In the mid 19sixties our family was over to my aunt for the weekend. She just had bought a Philips EL3302 mono cassette recorder. 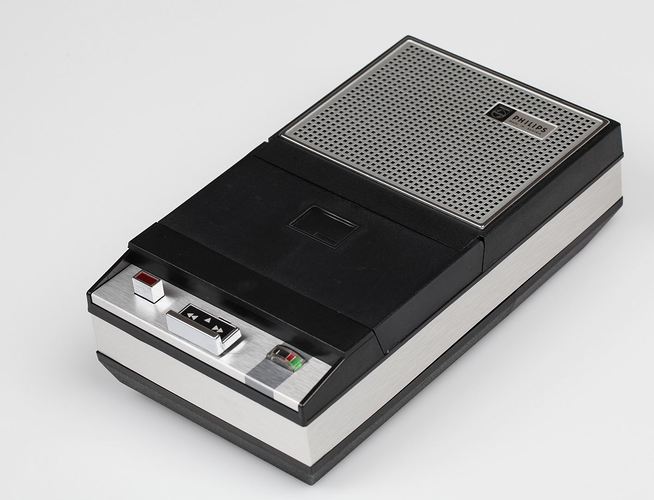 She showed it to me, and I was fascinated. After all the adults went to bed, I got down the stairs, 5 years old, and played with it all night. They found me early morning, asleep on top of the player. A neverending love was born

I took the “you do that too?” on the System photo thread all too literally then

Meg is mostly just happy I have a hobby outside work again. She spent years teasing me relentlessly about how if I couldn’t find one that I should just start putting ships in bottles. Glad the move to California meant I had some room to get back into audio again…tiny boat parts and model glue doesn’t sound like nearly as much fun.

(Tiny boats could be cheaper though.)

Not if you’re repairing American Magic

Looks just like one I had as a kid. But in my case, my Dad had already given me the bug. He had a Garrard turntable, a Dynaco amp, and a huge Bozak monophonic speaker. And he bought me my first Beatles album when I was nine years old.

What was your first Beatles album Greg?

I remember the Garrard turntables!

I took the “you do that too?” on the System photo thread all too literally then

Understood. Yeah, we have a bit of a problem here in that she always complains that she cannot get me anything because I don’t wait and usually buy what I want. So, with a hint here and there, and access to the credit card, voila!—an Omega shows up on my birthday. So, I guess I do in fact do it, too, but not with hifi.

I’ve been told this for 30 years

Headed my way are a pair of Shunyata Sr-Z1 outlets and a pair of Sigma V2 NR power cables. I am having an additional two dedicated 20 amp circuits installed and each amp will be isolated on its own line, and have a Shunyata Venom Defender on the second plug. The third circuit will serve a Denali 6000 V2. The Denali will power the front end (D’Agostino Momentum HD preamp and the Vivaldi stack).

Once all the new gear arrives, I’m gonna stand pat for a while and decide if I really need anymore upgrades, but my GF thinks I should upgrade my XLRs between the preamp and amps next. I usually listen to her so , off we go…

My GF thinks I should sell everything, or, at least, never buy something else, anymore, never !
I will follow her advice…unless the successor of the Vivaldi is too good