Having read the recent posts re pre amp or no pre amp I thought I would give it a try. I disconnected my pre amp and connected the Bartok directly into my power amp. What I got was a quite loud hum!!
What am I doing wrong? Any suggestions? Thank you.

Did you reboot your Bartók with the rear switch after using it directly out into your power amp?

It might be it still remembers its output settings to your preamp, and therefore putting out too much Volt into your power amp inputs.

How much V have you set to output to preamp, and how much to power amp?

Hi Ermos. Thanks for your help. Tried rebooting and this does reduce the hum quite considerably but still too intrusive. Output to preamp and to power amp the same at 2V. Changing to 6V makes no difference.
My pre-amp is connected via the balanced inputs on my pre-amp.
The power amp is connected via SE input. Could this be the causing a ground loop?

If I understand correctly, these are the 2 situations:

Is that correct? If so, can you try the following, to see what happens with the humming? : 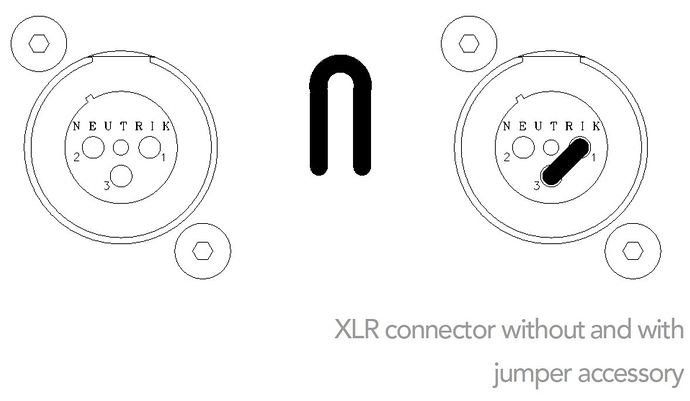 Hi Erköse
Appreciate the trouble you are taking.
My set up is as follows:

So no balanced connection on power amp only SE.
You would think that using the pre amp in the way I am I would be more likely to get hum. But in fact I am getting hum on the simple connection of SE straight into Bartok.
Cheers
John

Have you tried single-ended from Bartók to pre to power amp?

RCAs all the way through in other words.

If you get hum in this case, I would check my SE cables for a short circuit.

Have you tried single-ended from Bartók to pre to power amp?

RCAs all the way through in other words.

I would put money on John having a person called Erköse in his contacts (or having a favourite Turkish clarinet player :-)), and typing some of these messages on a device with an over-zealous autocorrect.

(The number of times I have to correct the autocorrect on my iPhone…!)

You are probably right

Ermos please accept my apologies! Must learn to check before I press send!
Thanks for suggestions. Tried SE from Bartok to pre to power. No hum
Borrowed a Peachtree Nova 150 integrated. Bartok to Peachtree using same RCA cables - no hum. Is that because the signal is passing through a pre-amp in the integrated? Thanks again.

So your SE cables seem fine, the Bartók is fine, the Peachtree is fine, and your power amp is fine. There must be a mismatch between Bartók and power amp.

Can you tell us which power amp you are using? Then we can check its input specs.

So, if you use your Bartók directly out SE into your power amp, it is best to set your Bartók output voltage to 0.6V, unless you don’t get your desired volume when the Bartók is set to between -30 and -10 dB.

So, if you use your Bartók directly out SE into your power amp, it is best to set your Bartók output voltage to 0.6V, unless you don’t get your desired volume when the Bartók is set to between -30 and -10 dB.

Yes Erno, agreed that should be the correct line level voltage chosen. However I doubt that would get rid of the hum. It only reduces it as an absolute figure. It should be just as loud at a similar listening level to that previously used at 2 or 6V input. If there is input overload it does not create hum but distortion.

This really seems to me to be an earth ( as we Brits say) or ground loop problem. Why does the ground loop problem not present itself when there is a preamp in use ? We do not know what the pre amp is but if it is double insulated that could break the earth path hence no hum. John says that there is no hum using the same RCA cables Bartok to Peachtree to power amp but that there is hum Bartok directly to power amp. This does not make sense to me as the first condition requires two sets of cables, the second only one .So I would ask for clarification. Were both sets tried in turn direct to power amp?

I wonder if a cheater plug creating an earth lift would provide a cure?

Pete, I fully agree with your comment, and still am puzzled too about from where the hum originates.

@johnandvirginia is all your audio equipment fed from the same wall outlet, and all is grounded?

Please accept my apologies as I will be “off air” for a bit as I have had cataract surgery today and don’t think I can clamber around behind the hi fi!!
Reading Pete’s comments I realise that I tried Bartók into Peachtree - no hum. I didn’t try Bartók into Peachtree into power amp.
I will try this in a day or two. Thanks for all your help so far.

Good luck with your surgery. My best friend had both of his eyes done last year and I remember he said it was a little uncomfortable for the first week or two after but soon resolved itself into a success.

Hurrah! Problem solved. Changing the rca cables has eliminated the hum! I don’t really understand this because the old cables work perfectly well when connected to other equipment but who cares - the hum has gone and I can now listen and decide whether sound without my pre amp is better than sound with. I am most grateful for all the help I have received.
P.s following my surgery I can now see my Bartok as well as hear it!! Thanks again. John.