Bartok and PCM upsamplers and filters

Hi,
I’m a new Bartok owner and I have questions about the overall upsampling possibilities and filters.
I mostly listen to PCM audio files (16-44k), compact disks ripped uncompressed FLACS on my Synology NAS.

As I understand, basic PCM files are automatically upsampled to DXD format. BUT you can add a DSD upsample layer over the existing DXD format. Am I right?
Is there a preference with the experienced Bartok owners?

And for the filters. There are two banks. One bank named Filters and the other one for DSD.
What would be the best set to get the least filters applied, I mean the set with the widest bandwidth ?
Any preference?

Bartok is a great choice!

Filter 1, both in PCM or in DSD mode got the widest bandwith

BUT you can add a DSD upsample layer over the existing DXD format. Am I right?

Not quite. I think you are have read the manual and are confusing upsampling with oversampling. The latter relates to part of the Ring DAC conversion process. But, yes, you can choose DSD as an alternative to DXD.

What would be the best set to get the least filters applied,

There is no concept of “least” filters. This is not like an analogue filter for removing hiss. With the PCM filter selection <4 the cut off ( Nyquist) point is moved progressively higher. The frequency response of the data remains the same e.g. 16/44.1 stays as 16/44.1 with a musical information response to 22.05kHz if that is what is being played. As the cut off moves higher aberrations in the temporal domain caused by the digital filter reduce but aliases increase. So filter 1 is what could be referred to as a conventional brick wall filter . Many will find the alternative filter settings preferable as the effect of the filter is moderated as the time domain aberrations are reduced but the aliases ( being ultra high frequency) remain, in most cases, inaudible . Other types of filter selection are available ( and for me are preferable) when playing high resolution PCM material. Unfortunately my favourite asymmetric filter is only available for 44.1 with the Vivaldi AFAIK. Absent this my personal preference has always been filter 4 for 44.1and 48 which differs from dCS’ recommendations.

Having said the above, read the user manual. It correctly states that these are subjective choices and you should choose which you prefer ( so you may not like my preferences in practice) . Do not be hung up on numbers and that a bigger one will always sound better then a lesser one.

You are going to have so much enjoyment with your Bartok once you get used to using it and it has has had a bit of time to burn in.

Thanks Fredrik,
So, filter 1 on PCM-DXD upsampled by default and also, filter 1 on DSD if I chose to add DSD over it. Am I correct?

I think all of this will be more evident once my Bartok is totally broken in.

Thanks so much Peter for your explanations, very appreciated.
Do you use the Network Bridge with your Vivaldi?

Yes either PCM Filter 1 ( Also called the Classic FIR Filter ) or Filter 6 ( Filter 6 is also called the Long Fir filter and got more taps Lengts, about 20.000 than filter 1 with an estimate with around 15.000 in tap lenght, but is otherwise vertically identical in frequency response and sharpness and slope pre - after ringing and measures the same in a electric scope. 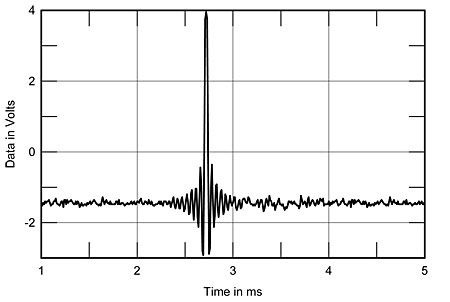 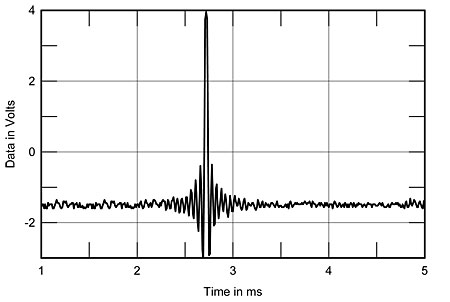 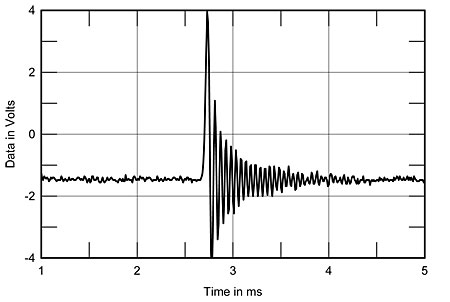 Filter 5 Asymmetrical Filter with no pre-ringing but high after ringing: 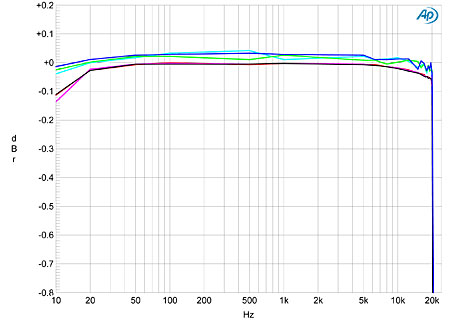 (Taps: Is a interpolation of the wave lengths dun in the FPGA processor, in mathematics, interpolation is a method for generating new data points from a discrete set of existing data points, that is calculating function values ​​that lie between already known values.

On DSD it is the filter 1 you chould set it to for the highest bandwith. If you find it to sound to sharp for your ears use filter 2 instead. .

In my opinion DXD mode sounds best on PCM music like streamed music. 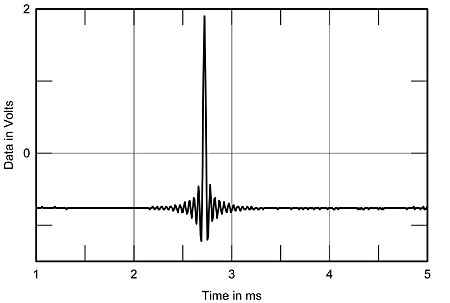 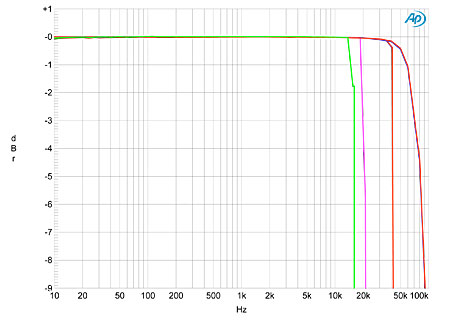 With DSD upsampling you will get a slightly fuller sound and slight more loudness in the low end etc, but not as pinpoint fast and agile, as the DXD mode with PCM Filter 1 or 6 in my opinion.

Do you use the Network Bridge with your Vivaldi?

No, I have a Vivaldi Upsampler which incorporates similar networking facilities to the Network Bridge but provides a slightly better outcome (as you might imagine given the price differential). However I have used a Bridge happily with Vivaldi in the past.

Thanks a lot Fredrik, your explanations and recommendations are very appreciated.
Since most of the music I listen to is uncompressed FLAC 16-44 from my home network (Synology NAS) and some 24-96, I think I’ll stick to DXD, filter 1 or 6. I usually favor details and crystalline sound over a more rounded one as long as it’s not harsh or agressive.

For almost a year of owning Bartok, I used DXD upsampling with filters 3-5-6, now I use DSD upsampling with filter 4. At first it seemed to me that I did not hear the difference between them at all))
I don’t have much DSD content and I’m not really worried about that. But the filter for DSD is always set to 1

now I use DSD upsampling with filter 4.

A few words later you say

the filter for DSD is always set to 1

Hi Pete, in the latter case, I meant 1st of 4 filters for DSD content, not for PCM

I’m a bit torn because the DXD upsampling has clearly more resolution than the DSD, but my system benefits from the softer treble of DSD. I’m coming from a PS Audio Direcstream DAC, which is a different sound, but I do miss the DSD treble a bit.

I’m hoping someday the DSD upsampler goes up to DSD128 or 256 to provide a more equivalent resolution and dynamic range to the DXD. I suspect this is somewhat tied to the Bartok’s output modulator (single rate DSD sample rate, but at 5 bit), which could mean we are stuck at single rate DSD upsampling. But then DSD128 files sound fantastic on the Bartok…

I think Rossini can upsample to DSDx2. Is that to coax us switching over from Bartok?

Rossini can upsample to DSDx2

As of right now, it cannot.

Bartok can stream dsdx2 but not an option to upsample as such.

I’m struggling with these filters: I can’t hear any difference between any of them. Does the change take effect immediately on selecting the filter in the app or do you have to wait or do something else to activate the selection? Or am I deaf?

The filters are not effects. They are pretty subtle in what they do. I can only say that as you become increasingly used to whichever dCS component you have then their individual characteristics will become clearer. Even though I may not be able to directly hear the difference ( as if e.g. turning up a bass control) there are some combinations of input and filter that I find quite unnatural and to be avoided. Mind you I have been doing this for over 20 years.

I expect that in the end you will select one as being suitable for you and your system for each resolution and/or input. Just leave it at that and worry about it no longer.

The things to listen for as you cycle through the filters are the level of punch or impact, how sounds move forward or back slightly, and how the top end changes slightly. What you should find is that the higher the number filters (for instance 3,4) have more punchiness and speed, are more forward, but are slightly more edgy on top. With the minimum phase filters you get the most focused impact and well-defined edges. Filters 1-2 have the most clean, polite, and balanced sound.

higher the number filters (for instance 3,4) have more punchiness and speed, are more forward, but are slightly more edgy on top. With the minimum phase filters you get the most focused impact and well-defined edges. Filters 1-2 have the most clean, polite, and balanced sound.

The choice of filters is personal and depends upon not only your hearing and expectations but on the system components that you have, your room and the music that you typically listen to. For my part I would find your recommendations to have almost the opposite character to those that you ascribe to them.