Are we the exception?

A good read in Stereophile:

I had assumed that big-dollar buyers were audio experts. Listening to their component auditions taught me otherwise. I got a little bit cynical. By the time you’re rich enough to buy it, I concluded, your ears aren’t good enough to hear it. 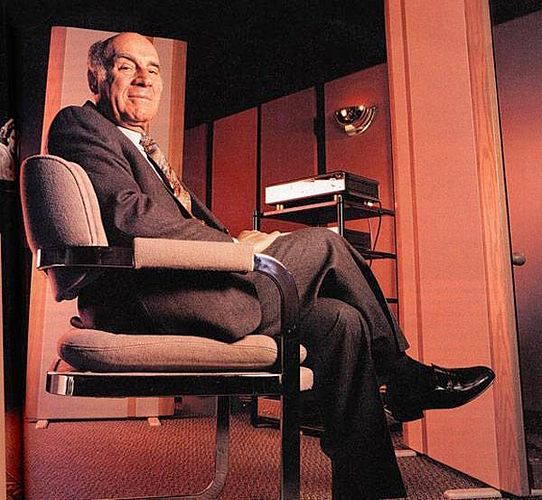 By the time this issue of Stereophile arrives in your mailbox (and on newsstands), Lyric Hi-Fi & Video, the legendary symbol of male-dominated, uber-luxury hi-fi retail, will be closed forever. This makes me sad. I wasn't just a client of Lyric;...

Are we the exception? We meaning contributors to this forum and not just dCS customers?

Yes we are. I have had many similar conversations along the lines of those cited in the linked piece with dealers serving the most expensive end of our hobby with shops located in the most expensive areas of London. Tales of Wilson speakers ( with dCS front end) just shoved up against the wall or hidden behind sofas.Guys who buy , show it off to their friends ( the high price paid being the main “benefit” that is appreciated) then , once the 9 days wonder has worn off, more or less leaving it to gather dust.

One other dealer said that for most of his very rich customers it was not necessary to demonstrate or even explain the system that they were buying. After many years experience he basically had three “pre-packaged” systems for them, a £30K one, a £75k one and a £110K one ( or some such price points). " When can you deliver the £30/75/110k one" being almost the sole “sales” discussion.

Talking to a (then) dealer in Edinburgh ( not a dCS one) a few years ago he reminisced about the 1970s and selling what was then probably the most expensive system in the UK ( the Linn/Naim active PMS system). When he went to install it he found the guy only had about 10 or so LPs. Around twelve years later he was called to give the system a service of some kind. The guy still only owned the same 10 LPs.

After all you don’t expect the guy who buys a £30m Sunseeker to know anything about how to sail it do you? He hires a captain and crew. When he buys an audio system he isn’t likely to be interested in frequency response, distortion figures, what is the best length for a digital cable etc. That’s left to us hobbyists and a small and diminishing in numbers bunch we are.

That’s left to us hobbyists and a small and diminishing in numbers bunch we are.

The emphasis on “statement” casework in a lot of the higher echelon components is a nod to the above mentioned customer segment: Let that be the many Bespoke preamp material choices (vs bespoke audio component choices), Dag audio jewelry casework or even Vivaldi One custom cases. Dont get me wrong, I appreciate visually stunning objects, but if given the choice I would always prefer to reroute design/mfg costs into features that directly benefit audio performance.

Agree with you both here @Ermos @PAR that the intersection between folks that can purchase something like a dcs DAC, have the ability to hear the difference in performance, have the aptitude to inform themselves about the underlying technical design and have the time to show up on forums such as this is pretty small and self limiting. On the other hand, I would assume many of us here influence the purchase decisions of others - certainly I have in my circle of friends and acquaintances.

Stereophile just came up with a follow-on article, with some ominous quotes about our hobby: 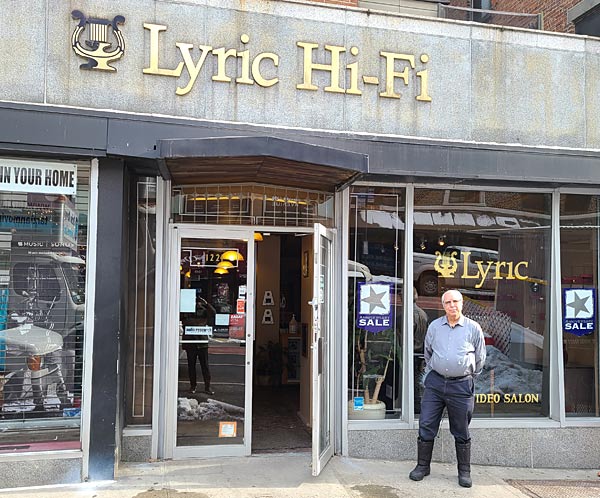 “High-end audio is not a growing market. Our customers are graying.”

“Nobody young is buying stereo, or very few young people. They all listen to music on their phones, and Sonos in their homes. They don’t know what quality is, and they’re not interested.”

When the earthquake that was high-end audio shook the American audio scene, Lyric was its epicenter. Now Lyric, like much else, is passing on.

On the other hand, I would assume many of us here influence the purchase decisions of others - certainly I have in my circle of friends and acquaintances.

There have been times that I was at an audio shop almost every weekend, to help friends find what they wanted. Past tense. Just very few are still listening to good SQ. Most shops have disappeared. 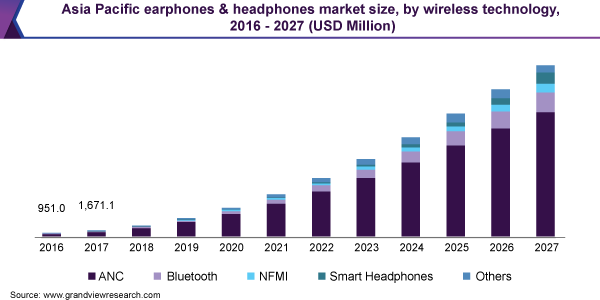 Maybe the global headphone market growth with >20% CAGR presents a ray of potential hope. Some folks will eventually move on from AirPods. I think we probably have a lot of Bartok owners here who came into this hobby/community via headphone listening

@slange00 I am curious to know what percentage of Bartók owners has opted for the headamp variety.

That’s an interesting question, Erno. I started the hi-fi hobby as a mainly headphone listener, back in the '70s, as it seemed a low cost way of getting into an expensive hobby (for a teenager only earning money from the usual part time jobs). In the last five or ten years there has been an explosion of activity in headphone listening and the equipment to support it. That has been good to see. Less so has been the fact that the manufacturers soon starting treading the well worn path of increasing prices: call the product a ‘statement’ and add a round thousand or two to the price. See if the market will bear it. Encourage the audio public to expect to pay several thousand for a good pair of headphones. I call it “circular pricing” (there are cruder expressions): exclusivity justifies high prices, and high prices maintain exclusivity. The enjoyment of music, and value for money, got lost somewhere along the way.

I’m sure Pete is correct about the pricing of these “boys’ toys” that we buy, and the attitude of the owners - they want just to know they have the best, and price is a simple measure of that, for them. The anecdotes my dealer tells certainly support this view. dCS too: I once asked whether putting some kind of shield (a metal plate) beneath my dac would be useful as a screen, because the power amp was on the shelf below. The reply included the comment that I ought to see how some owners just stacked all the boxes one on top of the other, apparently without anything as sophisticated as a shelf in between.

It does bother me that manufacturers of the best sounding equipment build and set their retail prices to the very high levels that Pete gives examples of. I include dCS in this group. I expect that I’d be horrified if I knew what the casework cost as a fraction of the total product price. Like Sebastian, I’d prefer more of my hard earned cash be spent on performance, and less on appearance, when I buy a new piece of kit.

Sorry, I didn’t hear any of that. I was listening to music. Sorry, seriously, the snarkiness is only meant for amusement. Personally, I would be thrilled to see the death of the Uber-wealthy-audiophile-as-proof-of-wallet hobby. My own sense is that we have too many manufacturers who are catering to this segment. There are days when I long for a good old Dynaco ST-70 and PAS-3 (both of which I built and loved). Somewhere along the way, this hobby lost its soul. If it craters, something new will be born out of it.

only had about 10 or so LPs

I bet one of them was Steely Dan Gaucho 180g half speed master!

Personally, I would be thrilled to see the death of the Uber-wealthy-audiophile-as-proof-of-wallet hobby.

I doubt that’s ever likely to happen

…Besides, I’m not sure we want them to disappear, they help fund the necessary R&D for flagship platforms.

Granted there are the odd manufactures out there selling mediocre products at exorbitant prices specifically targeting these fat cats, but the Audiophile media is just as complicit; almost universally, the higher the price of a component, the bigger the praise from the likes of The Absolute Sound, PFO, etc. with no basis in real-world engineering fact.

I doubt that’s ever likely to happen

…Besides, I’m not sure we want them to disappear, they help fund the necessary R&D for flagship platforms.

I know, and I was mostly being facetious. It’s always true that the top end requires the top end. And purely from an economic perspective, the market distinguishes little between the passionate buyer and the superficial one. The passionate consumers, which is how I see the people in this a community, help to drive the designers, engineers, and manufacturers, and provide word of mouth enthusiasm. But I wouldn’t be surprised if we were actually outnumbered by the people who unknowingly subsidize the passion. And without them, prices would likely be higher, and some of these products would not exist at all.