Why does no one want to talk about MQA?

Not really an Audio System but seems like the best place to talk about MQA. Watched an interesting video about it today. If true it is quite damning: 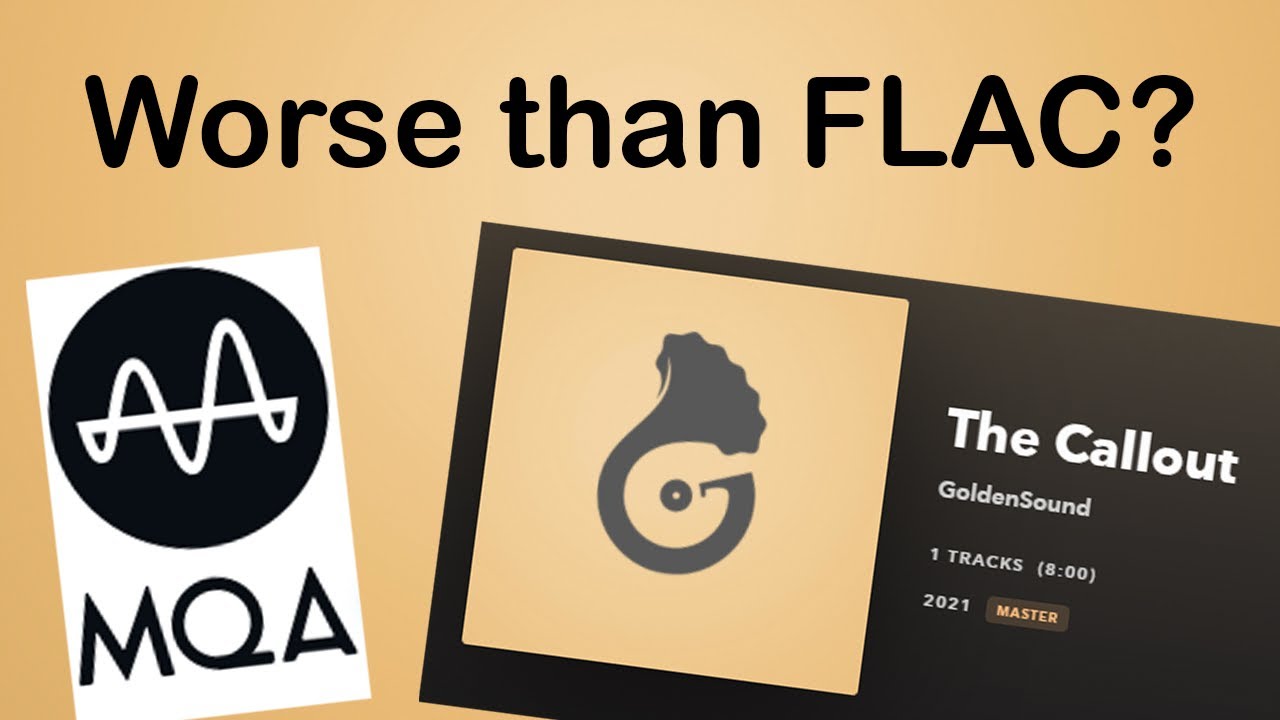 If true it is quite damning:

Yes. Many of the points made have been out there in the public domain for the past few years. However this presentation makes a particularly cogent argument.

I have been arguing for a long time that it is a solution whose justification has run out of time since Qobuz introduced true FLAC hi-res streaming. It is of some use only in those countries where Qobuz ( or some equivalent service yet to be created) is not available. However this video argues that even that justification is questionable. Basically it is effectively a one horse (Tidal) product without any remaining reason for existing.

There has actually been plenty of talk about it here and elsewhere. Here, it tends to come up in the course of other conversation. But elsewhere, many respected folks in the industry have called out MQA. But I would put this discussion in the Music category.

P.S. Listened to the whole thing. Superb. So glad I quit Tidal long ago.

Spent a little time changing my Tidal albums in roon to Qobuz. Haven’t yet found any that aren’t on Qobuz. Would be nice if roon let you prefer one provider over another. I guess that would create licensing issues though.

Would be nice if roon let you prefer one provider over another.

Well, you don’t have to subscribe to both, and even if you choose to remain subscribed for use on, say, mobile systems, Roon lets you log out of whichever one you would rather not see. It’s a blunt instrument, I admit, but that’s what I did in the month before deciding I didn’t want/need Tidal. I stayed subscribed, but logged out in Roon. Then, I tracked how often I didn’t find what I wanted in Qobuz. It was not enough to stay with Tidal.

It’s hard to mess up a DSD recording. At the same time, it’s not easy to DO a true DSD recording. DSD won’t improve a bad recording and neither will a $100,000 stereo system.
. . …
The recent discussion on whether MQA is better than FLAC in the audiophile community seems a bit dull. They might as well be arguing about whether Pespi is better than Coke. Neither of these are a real fruit drink IMHO. Give me fresh squeezed grapefruit juice over most bottled anything. My juice squeezer is always handy.

Make a DSD streaming service with all available DSD content out there would be true great.

Is this the same as what @GAS_sufferer posted to start this thread?

First rule about MQA: you don’t talk about MQA.

Very annoying that Qobuz is also now apparently streaming some MQA without telling anyone.

Qobuz is also now apparently streaming some MQA without telling anyone.

They aren’t telling anyone because they don’t know.

This subject has been raised on other forums with David Solomon of Qobuz USA e.g. Audiophile Style.

Basically Qobuz loads thousands of new albums a month to its servers. They are as supplied by the record labels. They do not have the resources to have people validating each file. In fact the whole operation is run with a remarkably small number of staff members ( latest figure is a total of 76 across all services. In comparison Tidal has 238. Spotify employs 5,584 !).

So no doubt someone at that album’s record label has mistakenly sent both Qobuz and Tidal the same file. If you contact Qobuz customer services and notify them they will probably take it down and ask the label to send them the correct file.

Make[s] sense Pete. Mind you, I’m not complaining about the sound quality, it isn’t half bad.

There’ve been a few other quirks lately with Qobuz, they’re apparently growing faster than they can maintain operational quality it seems, but I haven’t properly qualified the issues

They aren’t telling anyone because they don’t know.

I have made Qobuz aware of all instances of MQA content I ran across. Their response was

The best way to tell them is via the “improve this page” button at the bottom of the album page on the Qobuz Website (not the app). I usually get a response quite quickly.
I have noticed though that not all MQA content I have signalled has disappeared.

So is the 2L stuff

I like MQA and everything in between. Talking MQA is like talking Roon or Qobuz/Tidal, or cables, etc. to some people. If they don’t like it there seems to be an argument to try and convince you to join their viewpoint.

Hey if whatever you are listening to sounds good to you then enjoy it. Does it really matter that someone else doesn’t

I have a lot of concerns about MQA. They are secretive. They don’t want you to talk (or criticize) anything MQA. On the face of it it seems too good to be true – we will give you a smaller file that will sound BETTER than the bigger file from the same master. GoldenSound’s video is damning and to me convincing. Also are his retorts to the rebuttal (which seemed to be a press release from Meridian/MQA) read by “TheHonestAudiophile”. I have both Tidal and Qobuz. But pretty close to dumping Tidal just on the grounds that I think that MQA is not a good thing. Personally, I prefer the sound of DSD. But it’s all in the recording, engineering and mastering. 44.1/16 sounds fantastic when the aforementioned items are handled well.

[I published music on Tidal to test MQA - MQA Review] Came across this assessment of what is really going on w MQA. Quite concerning. Been a Tidal customer for years and recently got a Rossini/Clock/Roon Nucleus+. Been happily adding albums and opting for MQA vs other options. Sounds like I should actually be sticking w FLAC standard CD rez vs any MQA variant??

There are two different issues here: (1) enjoying whatever music and format one desires; and (2) MQA’s less than transparent approach that raises red flags. One can enjoy the music and still be concerned. I choose not to partake, but respect anyone’s choice to listen and enjoy. But I do not trust MQA, I don’t believe they are honest, and believe they behave very much in the way of an entity that does not want outsiders to know what they are doing.

But I do not trust MQA, I don’t believe they are honest, and believe they behave very much in the way of an entity that does not want outsiders to know what they are doing.

There is nothing wrong with your approach. For me honestly I don’t give MQA or any format that much thought. The good thing is if one doesn’t like a certain format, chances are they can stream that song in a different format. Now I know this isn’t 100% correct but most of the time I can find songs I like in multiple formats.

Some answer to Golden Sound https://youtu.be/zwZ5hDzQ5Jg

Thanks for posting that. I enjoyed and respected Hans’ calm and logical approach although I would not say that his talk provided an real answer to the Golden Sound video, the latter being almost exclusively technical in its approach rather than conversational. But it did offer an antidote to some of the more excessive comments on MQA that I have read over the past years which offer a counsel of perfection rather than acknowledging that sacrifices to numeric perfection can be be legitimate so long as the objective is rational.

Of course it is the latter element that has become questionable as the increasing availability of higher bandwidth internet connections and the use of adaptive bitstreaming by services such as Qobuz make the rationale for MQA debatable.

However there has always been a fear that record companies would adopt MQA as a mastering source. After all if one can keep a single inventory which can effectively meet different quality demands then why not do it? Should anyone think that no record company in its right mind would do this kind of thing I will give you an example.

During the mid to late 1990s I was highly involved in the implementation of ISRC ( ISO 3901) in the UK. I had to visit numerous record companies, pressing plants etc. I was at a company that had recently bought the rights to a large catalogue of 1960s hits and albums by some very well known artists. " what are you doing at the moment " I asked. “We are digitising everything to 16/44.1 as we will save so much space when we get rid of the old tapes”

Before the dCS 900 converter of course.