Shortlist of Pre-amps for Bartok into Active ATC System Please

The Story:
I reduced my “stack” and wildly growing collection of cables, amps, turntables, cartridges, arms, speakers and anything musically shiny right down into a pair of active ATC SCM50 Towers, balanced cables and just a Bartok with Headphone outlet. Everything is now sourced from Tidal and Qobuz…
I added an active JLAudio Fathom F113 run from the XLR speakers to make it a 2.1 system (Y Cables).
Sounds best when running Bartok harder. Now I want to run the Bartok harder all the time which means a remote control pre-amp to allow Bartok to run at full flow even when listening at reduced sound levels.
My modest room is professionally assessed and acoustically treated, I listen to full range instrumental and electronica enjoying stronger transients when they happen.

My Question of the dCS Community:
What pre-amps should I be seriously researching and thinning down to final purchase options?
I do need remote control, I don’t have other gear to plumb in, I am running all balanced at present but this may or may not be important. I’m in the UK with 240v and new or pre-owned I have a budget of around some £10k/$12k.
If you have a suggestion can you explain why and how it aids my active setup…pretty please!
…otherwise seasons greetings to you all. SeanS

Benchmark LA4 or HPA4 (same as LA4, but with extra headphone amp):

I enjoy the HPA4 with remote control myself, driven by my Bartók HDAC at 6V out.

Both Benchmark and ATC are represented by the same distributor here.

[Edit] : The Absolute Sound just published a review of the LA4 / HPA4: 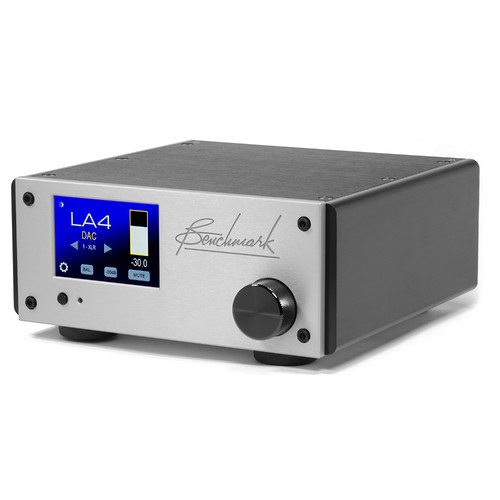 Sean, I am a Vivaldi owner into ATC SCM 50ASLs. That is the classic speaker version , not the tower.

I have used several preamps over the past twenty years + with the same speaker ( updated as the need occurred) but with all previous generations of dCS stacks.

My long term preference has been an EAR Yoshino 868 ( PL version in my case) running NOS Tungsram or Telefunken tubes which I have been running for the past 10 or so years. Of course this solution depends on whether or not you want to use tubes . It also offers enough outputs for you to run your subwoofer without the use of a Y cable. Remote control is limited to volume but do you really need anything more?

I also quite like ATC’s own SCA2 but this is no longer in production. I once found it a bit grey and uninteresting but it is remarkable how much better it has become as the dCS ranges have matured. That’s a bit like finding out as you get older that Haydn is now writing better music than he did when you were 18

If I was now in the market for a preamp at your budget level I would either buy another 868 or would investigate Max Townshend’s Allegri+ passive transformer based preamp ( it has a remote) which others on this forum have been raving about. I may yet give in and try one myself.

I would also suggest something a bit more obscure if solid state is your thing. The German studio equipment manufacturer SPL now has a range of pre and power amlifiers for domestic use. I have one of thieir headphone amps - Phonitor 2 - and its monitor control output makes one of the finest solid state preamps that I have heard. As it is a headphone amp for studio use its facilities as a pre-amp are limited but the same, very linear, high voltage circuitry features in the preamp range.

From your budget which includes a value in £ I guess you may be from these islands. What a shame that the current covid restrictions do not allow household meetings or I could invite you to have a listen.

What a fun position to be in, Sean! You’re going to have an enjoyable few months trying things.

I didn’t have quite the same size of consolidation to undertake, but have ended up with something very similar to what I think you’re after, even down to a great love of those transients in electronica when they’re needed

In case it helps, I went from using a solitary input and output on a Pass Labs XP-30 (overkill in terms of features if ever there was one — I wanted a remote and a volume knob) to a period of running my Bartok direct, then to an Allegri passive pre which is what I have now, with my Bartok at 6V out, which made a much bigger difference than I expected.

Had I had my wits about me I’d have thrown the Benchmark Erno is talking about into the mix, since it would have left my headphone options open if (when?) I upgrade the Bartok to something without a headphone jack. I may still find one and try it.

I’ve not read anything from Pete that hasn’t made sense, either, though I’d expect the EAR to be less of a good match on electronica than the best solid state has been for me. No direct experience, though, and if there were a Yoshino 868 nearby I’d plug it in in a heartbeat…and tell Pete that I had “no idea” where his preamp went

In the meantime, though, and since I’m assuming from the “240V” and the “£” you’re in the UK, I’d find it hard not to recommend you call the folks at Townshend about the Allegri Reference.

To be clear, too, it’s the Allegri Reference that Greg and I have, not the Allegri+. Greg may have tried the Allegri+, but I haven’t. I’m sure it’s very good also. If you’re happy with spending the extra for the Reference there don’t seem to be many of us who don’t love it, and at £8k it is within your budget.

At that sort of level most things will sound fantastic — it’ll just be which version of fantastic tickles you the most. And how patient you are in hunting it down!

If you’re looking potentially at passive, have a look at the all new Music First Audio Reference V2, which is an improvement to the well reviewed Baby Ref V2 and also now comes with remote control as standard. MFA offer home trials so you can try without risk.

Thanks for the correction: it should of course be Reference not +. Just put it down to an old man’s memory. Now, why did I come in here?..

Hi Sean
If it helps I own an EAR Yoshino 868 pre amp running a balanced system and I am more than pleased with it. I listen to a lot of electronic music from Camea to Kraftwerk and a lot of EDM in between. I havent found it wanting in the transient department and the remote control volume works well.

I can also recommend, as an owner, that you try the Benchmark pre-amp. I don’t have a wide experience of competitor products. I first used my unit (for both headphone and pre-amp duties) with a Puccini, and now with a Vivaldi. It lets the flavour flood through, to use an inappropriate metaphor. There are helpful and informative reviews in Hi-Fi News (HPA-4), and Stereophile (LA-4). If you enjoy technical reading, Benchmark have an “application note” on their site that describes the design goals of the amp. Good luck with your search.

Another +1 for Allegri. I’ve got the cheaper + version. Very happy. The eventual aim is to also use active SCM50s

@SeanSullivan are you satisfied with our recommendations, or do you like to have further info?

I have left a modest time gap to allow for replies and thanks everybody for the suggestions.
So…
Given that my new “accommodation” for the electronics is a much modified and deepened bookcase to one side of the listening room (no more tower of power) I think tube electronics will have a hard job getting circulating air to adequately cool…so solid state probably best with somewhat less heat build up.
That being the case I feel this has come to a short list of two candidates, both mentioned in your generous responses and also online discussions.
1 - Benchmark LA4.
2 - Townshend Allegri Reference (new/latest model).
…It now remains to find and drag these units home to my listening room to trial before a purchase.
If anyone of you have a single likely “try before you buy” source that would be good to know…

Seasons greetings, whatever and wherever your circumstances,
SeanS

Erno…I think we are there…thanks!
SeanS

Happy trial, and please let us know here about the outcome.

I checked with ATC in the UK and they confirmed the ATC SCA2 preamp is still in production.

That is good to learn. They may even sell more of them if they included it on their website list of current electronic products 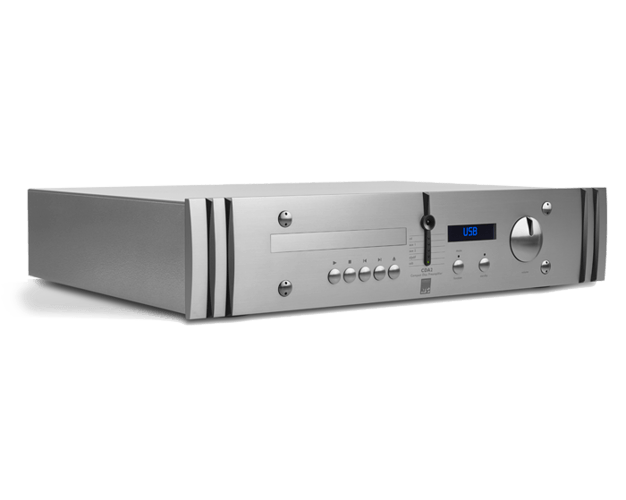 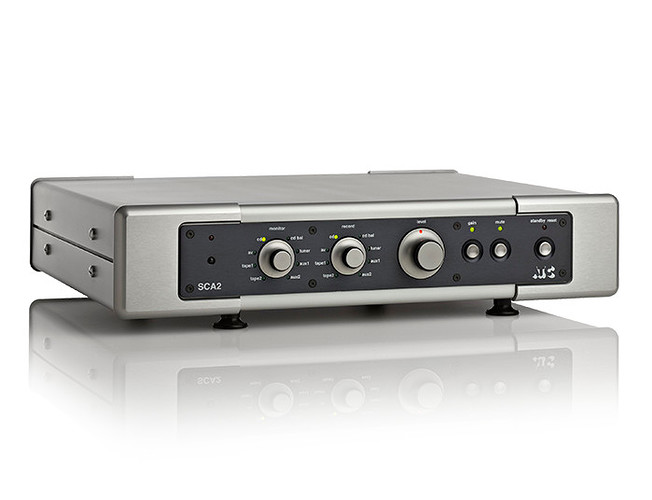 It is shown on the site but in the preamp section you need to click on the far right image near the top… they show images of the 3 different units.

I have one of thieir headphone amps - Phonitor 2 - and its monitor control output makes one of the finest solid state preamps that I have heard.

Very many thanks to @PAR for mentioning this. Until now I ran my Bartok direct to ATC actives. I took delivery of a Phonitor 2 this morning.

I have balanced cables arriving soon, meantime I have RCA>XLR between Bartok and preamp. I have set line output to 6V and dB to 0.0.

I am truly delighted with the immediate increase in transparency, detail and quality. I don’t listen to music very loudly; until now I did not fully appreciate the significant impact of digital attenuation on sound quality. Mea culpa.

It is fantastic value for money; an Allegri Reference is surely better but with a Bartok I do not feel a need to spend 7x.

All that without yet using its designed purpose as a headphone amplifier. I can’t wait.

Glad that you are enjoying it right away at this early stage. Do read and inwardly digest the part in the instruction manual about the cross feed matrix circuitry and how to correctly set it, angle , centre and laterality for headphone listening. I still find it almost unreal that I can be listening with a pair of Senn HD600s , then switch to speakers and as I remove the headphones the image " out there" is the same as the image heard in my head. It is quite spooky.

Tip: if you are using it as both monitor controller ( preamp) and headphone amplifier just leave it on. It does take quite a while to reach thermal stability otherwise.

Thank you, I’m looking forward to experimenting with these settings but I’m too engaged right now listening via speakers

Should I consider adjusting the DIP switches to optimise output to my ATC 19As?