My dealer, Crescendo Fine Audio in Wheat Ridge, CO, performed the APEX upgrade on a Rossini DAC so they now have two for comparison, a Rossini and Rossini APEX.

I don’t have a long list of detailed impressions when comparing the two but the things that stood out the most for me with the APEX were a wider and deeper soundstage.

I don’t recall the exact performance, but we were comparing using a streamed version of “Rhapsody in Blue.”

With the original Rossini, the soundstage was generously deep and about as wide as the speaker width. The piano was very well placed center stage with the oboe on the left, bassoon on the center right.

Cymbals crashed from upstage right as you would expect. It sounded quite lovely.

Then we switched to the APEX. Cables were actually moved from the Rossini to the Rossini APEX as they didn’t want to introduce the variable of the use of a second input on the ARC Ref 6 preamp we were using (amp was a D’Agostino Momentum S250, I believe the MxV, speakers Wilson Audio Alexx V.)

Through the APEX, the soundstage was instantly wider, growing a bit beyond the speakers on each side, and deeper. Instruments at upstage center seemed to be a bit further back in the space. The piano remained at center stage but whether it was due to the APEX needing a bit more burn-in (it has only been up and running about a week) the notes themselves were slightly more diffuse. Where on the original Rossini I could locate the piano strings to a precise point in space, with the APEX their origination was ever so slightly diffuse - sort of like you could only locate the strings to perhaps ± a few inches through the APEX rather than them being right there on the orignal.

The increased soundstage width and depth had the net effect of feeling the piece was being performed in a somewhat larger hall when heard through the APEX rather than through the original. Instruments had better separation - it no longer sounded like the bassoon player was sitting on the piano, but clearly was off to the right and a little behind.

In testing with other tracks, that same effect did not appear when it was not appropriate - when listening to Sinatra sing “Please Be Kind” off Sinatra-Basie, he did not move from singing in a studio to singing in a concert hall. The presentation just seemed to “open up” more where locations may have been shortened slightly on the original as I mentioned with the bassoon player.

Then just for fun, we connected the Rossini Clock to the APEX and it completely reinforced my view of how important clocking is. It was the consensus of everyone listening that adding the clock allowed us to hear the reveberation of the instruments in space, giving the sense of the size of the room they were recorded in. Shutting off the word clock (modes were either M or W) instantly made those reverberations much less obvious, and instruments existed in a room but not a distinct space. It was far from minor, but I’ve noted that before. The best way to put it is when you shut the clock off the result was disappointing, but if you had never connected the clock you wouldn’t know what had just gone missing and wouldn’t be disappointed; it’s just hearing what the clock brought to the sound then shutting it off showed just what the clock could do.

Now the big question: If limited in budget, should you get a Clock or the APEX upgrade first. That’s a tough one and depends on how things perform in your system.

Thanks for your impressions!
What did your dealer say is the US price of the APEX upgrade, and what is the latest price of the clock?

BillK, appreciate your report, I am eagerly waiting for Matt at Crescendo to let me know when my turn in the queue comes up for the APEX upgrade.

Thank you for that.

May I ask, were you using the balanced out of the Rossini’s or single-ended?

Balanced from Rossini to preamp and from pre to amp.

Just wondering, but if the soundstage seems to expand, does it do so in a way that might alter the speaker placement? Given that when we introduce speakers into a listening space we attempt to create a balanced soundstage in breadth, height, and depth. I know setups are trial and error, as much dependent on the source material along with room boundaries, etc.

It expands but not in a way that leads to a hole in the soundstage or anything like that.

I hate to use the cliché of “beyond the left and right speakers” but that’s what I heard.

I suppose if you wanted to make all concert halls sound like a small club you could move them, but I doubt many would.

I would say that to me it seemed to more accurately reflect the original venue.

Soundstage in my system is quite large/deep and expands outside my speakers, a small part of the soundstage is in front of the speakers but the majority is behind the speakers. With the Rossini clock in my system the soundstage moved further forward to my listening position, creating a bit of a headphone effect which I did not like. All might have to do with my room acoustics and space (6x4 mtr).

If the same happens with the Apex upgrade I am not sure that would be the correct way for me to go.
I like a balanced soundstage in width, height and depth.

Only two for Rossini, I guess. Vivaldi tests a higher pain threshold.

Does the Apex upgrade enhance the detail presented and micro-detail retrieved? Since the old Ring DAC is already like 7 years old, the advancement in technology should yield a better listening experience including better dynamic and details and not simply a wider sound stage.

Oh, oh, someone checks if everything is going well with the upgrade… 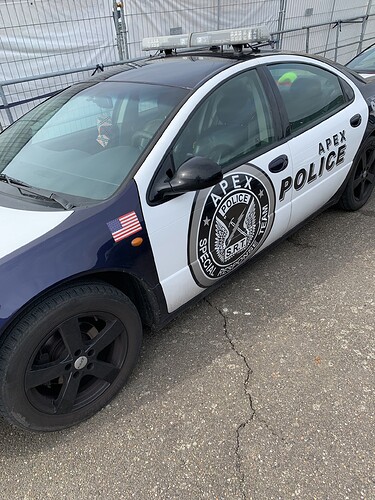 The update is mostly refinements in the analog output section - ie analog amplifiers. There is no change in either the DAC hardware or software here. I don’t think there’s anything invented in the last 7 years that are the source for the upgrade, just refinements in design and component layout.

Oh based on the released image, I though it is the entire ring dac board that is changed, and I though they also involves changes to the DAC section itself.

Well, the image is not the story. dCS have been fairly straightforward about the scope of the Apex upgrade. Make sure to read the announcement and watch the YT video.

Although BillK has edited/deleted his post, his advice is sound: listen and decide for yourself. It’s the only way to be happy hear. Regardless of what one thinks “ought” to happen, whether due to technological progress or competitive offerings, all that matters is what comes out of the box and into your ears and brain. The dCS Ring DAC is a superbly musical DAC. If it is insufficiently detailed for one’s musical taste, so be it. I have always perceived my MSB headphone rig to be slightly, but perceptibly, more detailed. Others have had precisely the opposite perception. All you can do is listen and decide for yourself.

Actually the pics show no change in the Ring DAC that I can discern. I have it from an authoritative source that the change is in the analog section and some trace layouts.

I deleted it because I mistakenly thought the statement about image was about soundstaging, but realized it actually meant a photo of the updated board.

I have not heard MSB in my system so I can’t comment on the sound.

I have had the Rossini+clock in my system since 2017, with no change in amp or interconnect, so I know the sound of the system very well. I recently got a turntable and the rearrangement in the rack meant the original Kondo silver interconnect moved to the phono pre and I had to get another interconnect for Rossini. I got an Audioquest Water. After 1.5 months of thinking something felt wrong, I pulled the Rossini from its spot in the rack so I could connect the original Kondo interconnect. The magic was back. Which meant I ordered a new Kondo interconnect, longer this time, and now the magic has been restored.

My point is that comparisons are really fraught with all sorts of additional variables like interconnects, what we connect to, power cables, etc etc etc. And these nuances matter a lot.

One of my knowledgeable audio friends has a Bartok in for long-term loan. His view of the Bartok was mixed. Upon trying a new interconnect, he completely changed his mind. Mind you this interconnect was pretty expensive - about the same as the Kondo actually. The dCS output stage seems to be very sensitive to what interconnects you use. Or resolving enough that the differences are starkly clear.