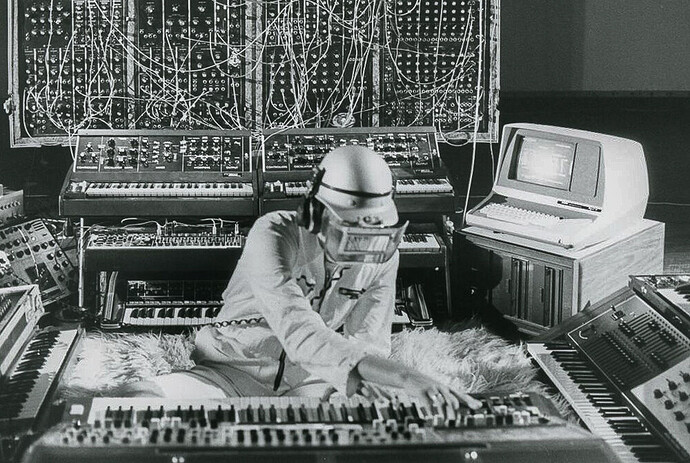 Klaus Schulze, the German multi-instrumentalist whose work with drones, pulses and synthesisers was hugely influential on generations of electronic music makers, has died aged 74.

Frank Uhle, managing director of Schulze’s label SVP, wrote: “We lose and will miss a good personal friend – one of the most influential and important composers of electronic music – a man of conviction and an exceptional artist. Our thoughts in this hour are with his wife, sons and family. His always cheerful nature, his innovative spirit and his impressive body of work remain indelibly rooted in our memories.”

Schulze, who briefly played with the groups Tangerine Dream and Ash Ra Tempel before going solo, created work that was pioneering in manifold ways: his epic electronic soundscapes are seen as a foundation of ambient and new age music, while his sense of rhythm, expressed in sequenced electronic phrases, pointed the way to techno, trance and other dance music genres.

Schulze was born in Berlin in 1947, and played a variety of instruments in a variety of local bands, eventually settling as drummer for Tangerine Dream in 1969. Led by Edgar Froese, Schulze played on their debut album, but soon left to form another group, Ash Ra Tempel, with guitarist Manuel Gottsching and bassist Hartmut Enke. This partnership also only lasted one album – their 1971 self-titled debut – before Schulze left to begin a solo career, though he briefly rejoined the band in the 1970s and 2000s.

His first solo release was Irrlicht in 1972, a composition in four parts that involved Schulze manipulating a broken organ, recordings of an orchestra and an amplifier to create a towering wall of sound. He began using synthesisers with his next album, Cyborg, the following year, and went on to build a vast discography that eventually numbered around 50 albums, including live albums and soundtrack recordings.

Key releases include Timewind (1975), which used an early sequencer to create hypnotic repeating patterns – later a key building block of dance music – and 1979’s Dune, inspired by the Frank Herbert sci-fi novel. His fascination with Dune continued well into later life: he collaborated with Hans Zimmer on the soundtrack to Denis Villeneuve’s Oscar-winning 2021 film adaptation, and Schulze’s final album, Deus Arrakis, was also inspired by Dune – it is due for release in June.

He worked as a producer for other artists including Dead Can Dance singer Lisa Gerrard – the pair also recorded live albums together – and pop band Alphaville. He also collaborated on an 11-album series with musician Pete Namlook, based around the Moog synthesiser, using the punning title Dark Side of the Moog. In the mid-1970s, he recorded two studio albums with a supergroup, Go, that also featured bandleader Stomu Yamashta alongside Steve Winwood, Al Di Meola and Michael Shrieve.

Schulze is survived by his wife, two sons and four grandchildren.

For further reading (including full list of his gear and studio equipment):

We say digital is cold, but that’s rubbish. It’s simply more linear and reliable, and whether you like that or not is a question of taste.

I admit I’m not very familiar with the music of Klaus Schulze but I do know he was a major influence on the music I listen to every day: space, ambient, and other electronic music, from the likes of Steve Roach and so many others.

Klaus was obviously a talented and inspiring pioneer. 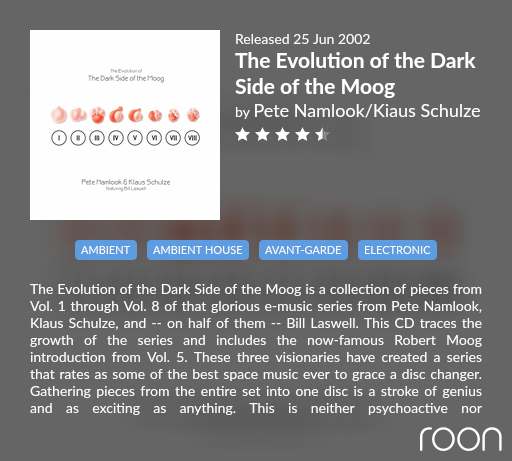 In 1977, I was 15 at the time, of course this record started me with Klaus his music 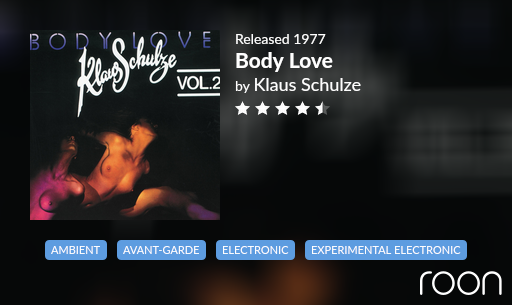 Thank you for sharing this @Ermos. I found Klaus Schulze many years ago through my backward explorations in electronic music.

If one starts with New Order and works backward (in a quasi-coherent manner), one finds Joy Division (obviously), and eventually Kraftwerk and Klaus Schulze. Many consider him one of the founders of modern electronic music.

I believe this was his first studio album, which I’m proud to posses, fittingly, only in bits. 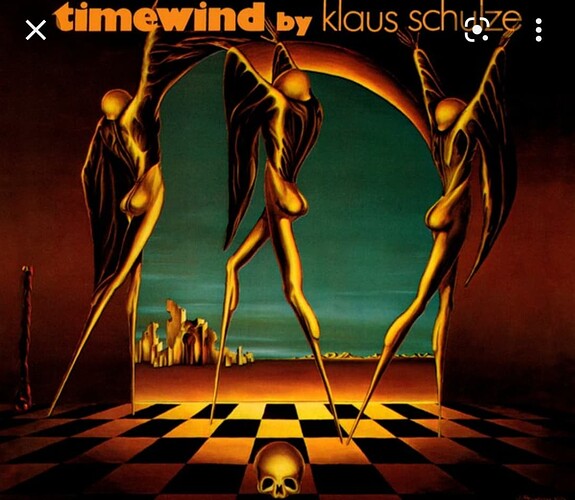 I believe this was his first studio album, which I’m proud to posses, fittingly, only in bits.

Timewind was his fifth. Never mind, it is a good one. His discography is linked below. I am the happy owner of the first 10 on vinyl.

I’m wrong again!
Thank you for these details @Ermos, didn’t know he was so prolific!