Name the next dac

Going a bit crazy looking for a pattern in the choice of names for dcs dacs. Unfortunately my understanding of music history is basic. Even though I’ve failed to find a pattern I’m convinced the next dac will be called Ligeti.

We did this last year. My idea if dCS continue with great Italian composers for the flagship was Monteverdi . I would be equally happy with Corelli. Of course the original dCS products were named for British composers.

Bartok was a move from Debussy (France) to Hungary for the entry level product. If they want to stick with Hungarian composers then there are greater composers than Ligeti such as Liszt, Kodaly etc.

There seems to be no particular pattern, Maybe they will adopt the Japanese method and name it numerically?

I have met many dCS personnel but so far not a single one who is at all interested in classical music (sorry guys). So who knows what they will do?

I guess they will find a well known composer name and also easy to pronounce for English-speaking people. Is the ‘i’ at the end mandatory for dCS or just nice to have ???
Ligeti is nice indeed, althought it lacks awareness; why not Mozart?

Mozart is too common. Like Bach and Beethoven, Mozart is nearly generic for “classical music”.

As a fairly what’s the word… oh… superficial person, I considered the Bartok because I love his string quartets. Used to listen to them every day while walking home from my office. Well not every day just the days I walked home. Also frequently when I opted for a taxi.

Originally thought Stravinsky after learning he might be considered the stepfather of modern classical composition. Then I read he was a fascist and supported Mussolini. Maybe Respighi?

Baroque era composers known for operas? Maybe the names sound sophisticated. It could be subtle marketing to point out the aspirational aspect by saying “the odds you’ll ever get the chance to enjoy this dac is about as likely you’d ever actually enjoy the music composed by the dac’s namesake.” It is possible I’m simply projecting onto consumers my nearly absolute inability to appreciate premodern composers.

None of this matters. Would be fun if there were some sophisticated algorithm picking names allowing dots to be connected. More likely a function of marketing. Corelli sounds more likely than Ligeti.

Was Paganini really a “great” composer?

Probably a bad choice of word on my part. I really meant better known to the general public, at least in the case of Liszt.

Originally thought Stravinsky after learning he might be considered the stepfather of modern classical composition. Then I read he was a fascist and supported Mussolini. Maybe Respighi?

That is one reason I went for Monteverdi. After all he invented the musical form.

May be Enio Morricone 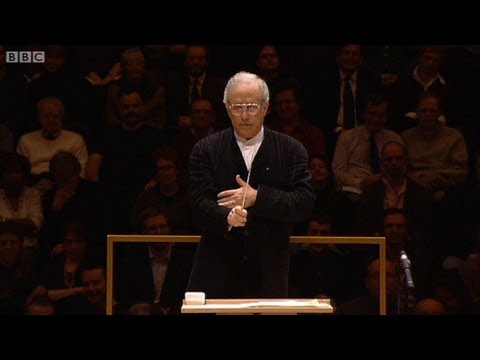 so perhaps Cage will be chosen

My daughter wanted to perform that for her recital a couple of years ago. While I appreciated her choice, I said it would probably be better if she chose something to demonstrate her competence across all positions and bowing techniques.