Did you get an email from dCS?

Some of us ( all?) received an email from dCS yesterday concerning their activities over the next few days to celebrate the 70th anniversary of Mercury Living Presence. In association with Decca Records dCS has produced a film concerning the use earlier of the dCS 900 A/D converter in remastering the analogue tapes to digital . There will also be a series of podcasts commencing on May 12.

I must say that I am surprised that I need to report this here as I would have expected such a thing to appear both as News and to show up in the “Latest” forum. I have a similar point regarding Charlotte Gardner’s Classical Choices and the dCS Album of the Month which I had thought were now to be copied across to “Latest” rather then just appear in “Music” . Not all of us plough separately through each category every time we log in.

I did not get a email, but found the announcement on the dCS website: 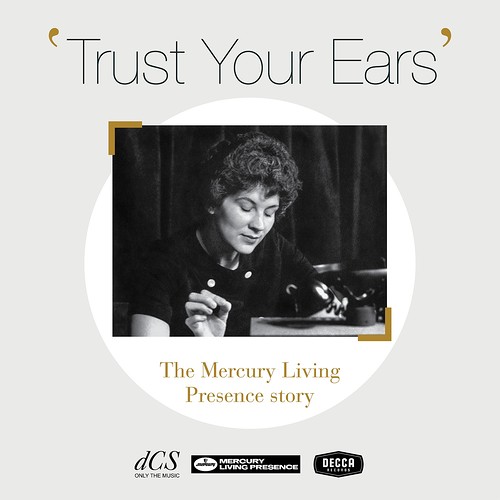 You can listen to the podcast trailer here https://trust-your-ears.simplecast.com/

And watch Part 1 of our documentary series here https://www.youtube.com/watch?v=BzNf-mIQDtY