I am new to dCS, my system is a Naim Amp/Preamp paired with a Chord Dave DAC, I use Roon exclusively for my music server, today the Chord Dave DAC is fed via a Sonore UltraRendu streamer using USB input into the DAC… I am looking to improve on sound quality and therefore a dCS Network Bridge is in store as the next upgrade.

I have a lot of DSD128 music in my library, and given that dCS NB will only support DSD128 output via a dual AES output, I cannot use this with my DAC as the Chord Dave DAC contains only one AES XLR input and dual BNC coax inputs.

I assume the dCS NB will down-sample my DSD128 files if I use only a single AES output to connect it to the DAC? that sounds like loss of sound quality there. Is it possible to use AES XLR to BNC coax cables? this way I would be able to have dual outputs from the dCS NB to the Chord DAC… I am not even sure that is technically possible although I found some AES XLR to BNC coax cables online… I imagine I would lose sound quality like this.

Any other dCS Network Bridge owners here running it with a Chord Dave DAC?

I assume the dCS NB will down-sample my DSD128 files if I use only a single AES output to connect it to the DAC? that sounds like loss of sound quality there. Is it possible to use AES XLR to BNC coax cables? this way I would be able to have dual outputs from the dCS NB to the Chord DAC… I am not even sure that is technically possible although I found some AES XLR to BNC coax cables online… I imagine I would lose sound quality like this.

No. you can’t successfully wire a (balanced) XLR connector to a ( single ended) BNC connector for this purpose. Further it would not work for DSD128 even if you could. You have to have dual AES at both ends as each cable carries half of the data. The Chord Dave not only does not have the right number of physical connectors it does not have the ability to recombine the data to a single entity for processing.

If you really want to take advantage of the superior dCS network streaming sound quality and have native DSD128 I would suggest that as the cost of the Chord Dave + a dCS Network Bridge is not far from the price of a Bartok without the headphone option then the latter would be the way to go.

Thanks for the response.

I figured the cabling won’t work…how would the dCS NB handle the DSD128 files then?

The Bartok option is an interesting one…

how would the dCS NB handle the DSD128 files then?

It has the requisite dual AES outputs.

It is probably worth explaining that the dCS Network Bridge was not intended as a universal streaming solution. This was picked up on after its release by enthusiasts with some other makes of DAC who found that they could partner with it and that it greatly exceed the performance of what they had been using.

Its intention was to provide additional connectivity and hi-res downsampling to legacy dCS equipment owners who were unable to play some newer file formats. So its connectivity therefore reflects the available inputs of earlier dCS ranges. This is also a great example of the ongoing support that dCS offers its customers.

What would happen with the DSD128 playback then with the dCS NB connected with only one output? Would it not play the file at all or down sample it?

A couple of caveats though;

Here’s what my setup looked like (dCS NwB below, Chord Dave above); 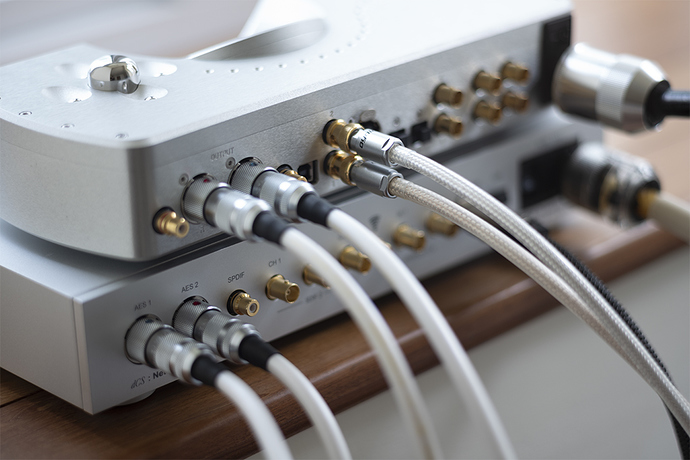 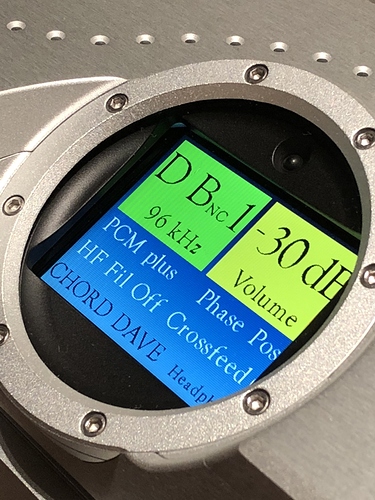 Anup, I stand corrected but I do not understand your photo.

I can see the dual AES cables with a smooth cable sheath exiting the NB. A similar cable is being used for the Dave balanced AES analogue outputs. However the BNC inputs show a different Oyaide braided sheath cable . I do not see any direct connection between the Bridge’s dual AES outputs and the Dave’s inputs. Are the Neutrik adaptors out of shot ?

I will say that I have used a Neutrik XLR/RCA adaptor in other circumstances and though it did provide the required electrical connection the degradation to the sound was such that it defeated the object IMO.

It is fascinating that the BNCs are in dual configuration - I have not seen this before - apparently to cater for the output of the Chord Scaler.

I know the Chord Dave dues support dual BNC input, this is how I had the Chord Mscaler plugged in via 2 bnc cables, it offered the full upscaling capability of the Mscaler…

Not aware of this Neutrik adapter, I suppose you are using it to connect the AES XLR cable going from the output of the NB to the coax BNC input cable at the Chord side of things.

Pete, unfortunately that cropped pic was the only one I had handy from my old set-up.

There’s two pairs of XLR cables in that pic; 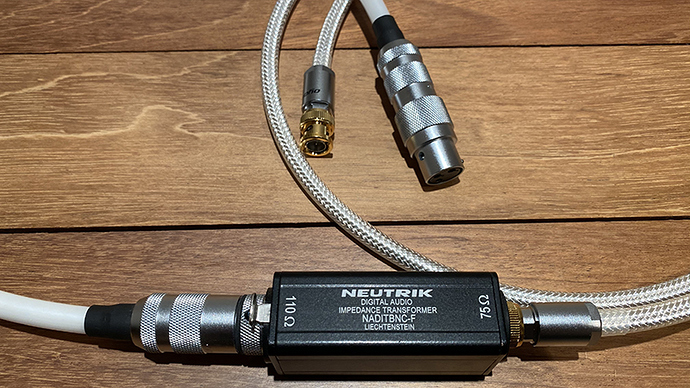 Thanks for the insights… So what can I expect if I go the single AES XLR output from NwB to Chord Dave AES XLR input? I believe that would support all formats up to DSD64… what would happen if I played DSD128 or DSD256 files? would they play at all or not?

what would happen if I played DSD128 or DSD256 files? would they play at all or not?

Probably not at all. If they do play then you would likely only get a single channel which may manifest as a mono image.

When you use Roon… Roon is “seeing” the DAC input an downsampling the DSD 128 to 64. You do not have to do anything, Roon does it.

Anup. I am glad that you posted that picture as readers could otherwise be misled into buying an incorrect adaptor. Neutrik also make an XLR/BNC adaptor which has no transformer for impedance matching. It is just a connector. 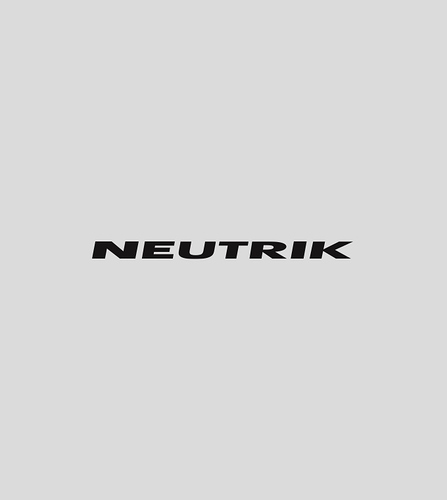 Folks, this is not the one that you want.

When you use Roon… Roon is “seeing” the DAC input an downsampling the DSD 128 to 64.

I do not think that the OP wants any downsampling, He is asking how to play native DSD128 with a Network Bridge/Chord Dave combination.

Actually, I might even settle for downsampling DSD128 to DSD64 if in return I get better sounding music across the board when playing back all the other formats/resolutions… Today I am using the Sonore UltraRendu to feed the DAC via USB, read a ton of reviews about how coax is a better sounding route to take…

I might even settle for downsampling DSD128 to DSD64

DSD downsampling with the Network Bridge does not reduce DSD128 to DSD64. It converts DSD to PCM as it was intended for DACs without DSD processing ( see my earlier posting about the original intention of the Bridge). The PCM rate it converts to is subject to the rate set in the S/Pdif and AES downsampling settings. If PCM 176.4 or above is selected then that uses dual AES output.

I cannot comment about the Sonore Ultrarendu but I am not surprised that coax may be preferred to USB, everything else being equal. The use of USB is a relic from the early days of computer audio when it literally involved the use of home computers ( before streamers etc.) and USB was the only port commonly provided on computers that would handle high resolution ( >96k) audio files even if it apparently has other limitations for the task.

It is fascinating that the BNCs are in dual configuration - I have not seen this before - apparently to cater for the output of the Chord Scaler.

Neither had I when I first got Dave. My investigations at the time revealed that Chord was, in fact, following the AES3-4-2009 specifications which defines the physical and electrical interfaces for AES/EBU that includes Coax (BNC connector’ed or otherwise).

I couldn’t verify Dual-AES compatibility at the time, let alone DoP, but considering dCS literally invented both DoP and Dual-AES (also now officially defined in the AES3-2009 standard), I took a punt on the Network Bridge, which fortunately worked out well.

Today there are multiple other vendors who support Dual AES, including Chord of course, and most recently, for the first time, PS Audio in their new soon-to-be-released PerfectWave CD/SACD transport; no clue though of it’s standards compliant

By the way @thijazi, Dave has a pretty decent USB implementation, like dCS, with (internal) galvanic isolation on the port. If you have quite a few DSD256 albums, thats the best way to go.

As far as I know, you cannot use the USB on NWB to connect to a DAC. The USB is solely for temporary use with a memory stick (input).
Please take a look at page 12 of the manual for dCS Network Bridge where there is a table with settings that you could adopt when connecting to a DAC, dCS or non-dCS.
I use my NWB with a Musical Fidelity M6 DAC and get very good results via a single AES/EBU cable.

I am very happy with the Dave as a DAC, the only thing I am have doubts about is the USB interface versus the more traditional coax/AES interfaces… I always imagined that my options were between the Aries G2 and the dCS NB… looks like I will have to settle for 1 cable connection to the Dave from the dCS NB and hope for the best.

Tareq, as I mentioned in my post above, Dave’s USB implementation is among the best in the Industry, probably 2nd only to the Dual BNC inputs. Especially if you have a number of DSD256 albums, then consider a USB-out streamer to Dave.

On the other hand, if most of your material is Redbook anyway, and/or streamed over Tidal/MQA or Qobuz, then the dCS NwB is ideal for your use case. Good luck!