I recently acquired my Bartok and am more enthralled with every listening session!

I would like to inquire about and suggest implementing the Dante protocol on Bartok. Doing so would permit Bartok to serve as a playback device for Dante streams via Ethernet on my local network. Those streams can be played back in perfect synchronization via other Dante receivers on the same local network, thus providing a ‘whole house’ music solution.

I have a usb-dante dongle on my network-attached music storage device. It would be possible to use a dante-aes adaptor to deliver the dante stream to my Bartok. However, this would require a PoE injector to power the dongle, which I fear would create noise.

I use and rely on Dante every day. But the software-based embedded version of Dante I would not want anywhere near the Bartok… Either you do Dante with one of their ICs or you don’t do it at all (when it comes to hardware devices).

While the idea of dCS implementing a modern Audio over IP protocol is appealing, a vendor proprietary implementation like Dante would not be a good choice. I’d rather see IEEE AVB or AES67, or a compatible subset of it on dCS instead.

I’d rather see IEEE AVB or AES67, or a compatible subset of it on dCS instead

Yes, Ravenna. I’ve been a fan for many years, ever since I first tried and purchased Merging equipment.

I had to look that up

Dante transforms audio and video connectivity  Audio systems ranging from small systems for modest houses of worship and conference rooms up to massive rock tours and stadiums all require connections between microphones, mixers,...

What is IEEE AVB? 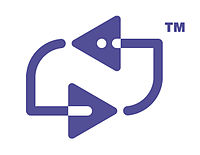 Audio Video Bridging (AVB) is a common name for the set of technical standards which provide improved synchronization, low-latency, and reliability for switched Ethernet networks. AVB embodies the following technologies and standards: IEEE 802.1Qat and 802.1Qav amendments have been incorporated to the base IEEE 802.1Q-2011 document, which specifies the operation of Media Access Control (MAC) Bridges and Virtual Bridged Local Area Networks. AVB was initially developed by the Institute of Elect...

Ravenna is a technology for real-time transport of audio and other media data over IP networks. Ravenna was introduced on September 10, 2010 at the International Broadcasting Convention in Amsterdam. Ravenna can operate on most existing network infrastructures using standard networking technology. Performance and capacity scale with network performance. Ravenna is designed to match broadcasters' requirements for low latency, full signal transparency and high reliability. Fields of applicati Raven...

I am contemplating the reverse; originating the stream on my Rossini and play it throughout the house via a bunch of Sonos devices. The easiest solution is a Sonos Port that would take analog line in from the dCS, but the only reason I haven’t done it yet is that I use no preamplifier and thus the volume into the Port would be variable. Still mulling it over.

Dante is okay, I am personally not a fan of it but like Anup wrote above there are other, vendor-agnostic, standards that achieve the same guaranteed time-of-arrival across devices.

I think the biggest “challenge” with these protocols is that they’re generally far far heavier in technical requirements - from a hardware/protocol-stack/processing perspective - than the typical UPnP implementation. Which is fine for the Professional Audio industry, but not so much for consumer home use.

And thats in addition to a dearth of consumer Use-cases. As @mwilson suggests, open multi-room streaming is perhaps a more obvious use-case, but very low-cost proprietary implementations from Sonos, Roon etc. already exists, not to mention bridging the gap through server software like most UPnP Servers can. Most other use-cases, like multi-channel routing/monitoring/mixing etc. is really only for the Professional industry, not so much consumers, so the impetus to implement this for consumers just isn’t there.

Besides, many consumers have enough problems just getting basic stuff like Mosaic/device discovery, or Roon, or DSD streaming, or even Playlists to work properly, imagine if IEEE 1588-2008 (PTPv2) requirements were thrown into the mix!!? dCS would need to go hire a couple of CCIEs to man support desks 24/7

That said, I’d imagine that if someone like StreamUnlimited eventually adopts one of these into their hardware/software stack, then we might see broader adoption among high-end audio manufacturers.

On that basis, I think IEEE AVB has a much greater chance of wider adoption as there are already open-source Linux/ARM based implementations which could be relatively easily incorporated into something like StreamUnlimited’s S800 boards. Plus, Apple’s MacOS already has built-in native AVB support!

AVB is by far the worst choice, since it requires switches with AVB support and those represent a very small part of the available switchrs, both on the consumer end and the enterprise end. Most of the AVB switches are targeted at the proaudio space.

Dante may be proprietary, yes, but it’s also by far the most widely supported system (in pro audo) these days. And Dante devices with v4 firmware can also do AES67. Dante also mostly “just works” and doesn’t require you to replace all your network switches (which in campus networks is a non-starter).

That said, none of these really belong in the Bartok. If you want Dante into a Bartok, use the AES/EBU AVIO adapter.

I don’t disagree. As an example, among the 4 Ethernet interfaces I’ve got for my MacBook Pro, only 1 of them supports AVB.

That said, Ethernet merchant silicon Suppliers - from Broadcom to MediaTek - appear to be driving towards TSN adoption for even the cheapest chips. Which means in about 24-36 months, even low-end $100 “no-brand” Ethernet switches are likely to be AVB capable.

In fact, I wouldn’t be surprised if eventually AVB vs. AES67 will be akin to HDMI vs. HD-SDI, or any number of Consumer vs. Professional industry standard adoption differences.