There are a few Musical Fidelity DACs that have digital AES/EBU input: M1, M6 for example. I know for sure that this works very well because I connect my NB via AES/EBU to my MF M6 DAC - and it got a new life on a higher level! I looked for and found J.Atkinson’s review of the MF M6 DAC in Stereophile and he noted that USB and AES/EBU are the best way to connect to the unit. I fully agree.
I have a small collection of DSD and DSDx2 files that I now find it meaningful and pleasant to listen to! Before I was restricted to PCM up to 24/192. Which by the way also sounds a lot better played through the Network Bridge than my former dedicated music PC with JRiver.
By the way, Musical Fidelity has released a later version =M6s. That unit does not have an AES/EBU input , only USB and SP/DIF - but plays DSD natively as far as I know.

Max rate for single AES/-EBU is still 24/192 or are you referring to dual AES Göran in your post ?

That’s correct. NB is downsampling and converting to what the dac can take care of, in this case 24/192.

Yes, but that single AES sound so much better i question, i got both AES/EBU and Coax spdif into the dCS Rossini from the NWB and can compare the tow connection standards, and they sound similar i’ll have to say with Valhalla 2 cables. Slight warmer with AES if something, but just minor. Warmer means often higher noise floor / distortion.

Different equipment (cable, DAC) after the Network Bridge gives different results, that sound normal to me. My ears tell me that AES/EBU is superior to RCA/spdif out of NB and to my dac (MF M6).
I cannot compare USB (out) to AES/EBU since dCS has not implemented that on the Network Bridge.

Yes different components got different quality of connections / chipset, but the list just defines what standard is superior in between.

If the DAC makes the best sound out of AES/EBU then it is, but the old studio AES/EBU standard is not the best today unfortunately.

I cannot compare USB (out) to AES/EBU since dCS has not implemented that on the Network Bridge.

What was Maker’s original explanation for that?
SQ thru USB (out) was not up to Maker’s standard or it was less superior as per my understanding.

This text is from Roon forum written by @Andrew

After months of software development and testing we have had to change course on the roadmap for our Network Bridge. Although we had promising results early in our development cycle our engineering team could not get the USB audio output function to meet our performance standards. As a result we have decided that we cannot release a feature which we know is compromised.

We are truly sorry for any disappointment that this decision may cause our existing loyal Network Bridge customers and want to assure you that it was not one reached lightly. We invested a significant amount of time and resource into enabling this feature and explored every possible avenue to achieve our performance requirements. Sadly, there comes a point when development efforts no longer make business sense due to their impact on other major product improvements and enhancements."

"The long and short of it is that USB audio output wasn’t an original feature of the product. While the network card that we use has a USB interface, audio output was never considered in its original design. An initial feasibility study produced promising results and that’s when the possibility of the feature made its way into the wild.

Through the development and testing process we found some occasional errors on the USB bus that appeared to be an issue with the device driver (which we didn’t write). We spent about three months inside the Linux kernel debugging the issue and modifying the driver to correct the problem. Unfortunately the root cause is in the USB controller hardware and although we tried we couldn’t completely work around it in software.

In the end we couldn’t get it to be 100% perfect (although we got really close) and decided that releasing the feature which we knew wasn’t perfect would be a disservice to our customers, even if they couldn’t tell the difference. Knowing the hardware and software in play here I’d make an educated guess that other products on the market are experiencing this same issue and the manufactures either didn’t notice or didn’t care.

Our lead developer was buried in this for the past 4 months which meant that he wasn’t able to work on any other projects. Rather than have this feature which appeals to a small number of customers block developments that benefit all of our customers we have elected to move on." 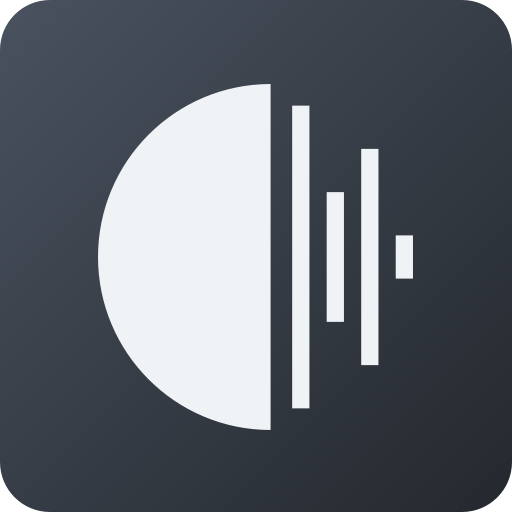 As I know that a number of people here are using the network bridge I wanted to provide an update on the USB audio output feature. Unfortunately, due so some technical issues we decided that the performance of that interface wouldn’t meet our...

The latest Hi-Fi News, Hi-Fi Reviews, Home Cinema News and Reviews and much more in Australia and New Zealand.

Impressed that Rafael Todes the reviewer is also a member of the current line-up of one the oldest string quartets ( Allegri) still performing and having a worldwide reputation dating back to 1953.

Hi
While streaming Tidal I found a great match by putting UpTone EtherREGEN between router and my dCS NB. Does anyone else have the similar experience?

Yes this is old news, but in this case it was the org. design of the mainboard that did not work well to use the USB audio output on the NWB, it has nothing to do with that the USB standard was no good.

How does the FW/SW forecast look, is it 100% focus on just the app functionality, or do you got any more FW fine tuning in your sleeves SQ wise on your products in the horizon?

Probably the most of the dCS owners laying most weight is on the SQ Performance , then the aesthetics and on the same place comes the usability.

Waiting on a slight performance upgrade for the NWB would be great, and it would also be fun if you could give the older products in the line-up a small FW enhancement or a new DSP filter as a great threat, and not only focus on the new customers & products.

Just a heads up

I bought my Network Bridge to use with USB. Since it was advertised as having USB I will probably get an attorney involved to help get a settlement. I bought my dCS Network Bridge new in October 2019 and paid full retail from a US Dealer. I didn’t know USB wasn’t going to be offered and the dealer never said a word about it.

I feel before going the lawyer route and suing for my money back plus legal fees dCS could simply refund my money. Because dCS designed a product that they couldn’t make work as advertised they should do the right thing for those that want USB output.

Projectman. Please contact me offline at jquick@dcsltd.co.uk. I’m the GM for the Americas, John Quick. Let’s discuss how best to make this right.

You purchased it in October of 19 yet it was posted in mid-2018 that USB would not be implemented. Someone did not do their homework.

I also have a Network Bridge, why not doing a class action

, 500 million each, nice, I would purchase the Upsampler and the Clock…

Yes this is old news, but in this case it was the org. design of the mainboard that did not work well to use the USB audio output on the NWB, it has nothing to do with that the USB standard was no good.

Heh, @Beolab, Fredrick, I say this partly tongue-in-cheek, so please take it with humor: but from my point of view, part of the reason that the USB implementation in the network card could not be made to work well enough for dCS standards is precisely because USB is so bad to start with as an audio platform. I have always despised USB for audio (I don’t much like it anywhere else either, but lowest common denominator is often our curse as computer end customers). YMMV, of course.

But I definitely understand the disappointment of NB owners/hopefuls who were anticipating a USB option.

Impressed that Rafael Todes the reviewer is also a member of the current line-up of one the oldest string quartets ( Allegri) still performing and having a worldwide reputation dating back to 1953.

Agreed. This was an enjoyable review. Thanks @Vule for posting.

from my point of view, part of the reason that the USB implementation in the network card could not be made to work well enough for dCS standards is precisely because USB is so bad to start with as an audio platform.

Ironically, it was dCS themselves who championed Async USB (along with Wavelength Audio) that made USB popular as an audio transport interface in the first place!

Maybe people new to dCS don’t realise how far back dCS goes in utilising compute interfaces for digital audio transport; using FireWire on the Elgar Plus from almost 20 years ago for example! I dare say they know what they’re doing

In the case of USB out limitation on the NB though, my guess is that the “issue” has more to do with the specific StreamUnlimited board/firmware used inside the NB.