Not possible to change settings

Since 18th April I am no longer able to have acces to any of the Rossini Player settings like, buffer, mapper, filter etc. It’s not even showing what the setting actually is. Any idea how to solve this? 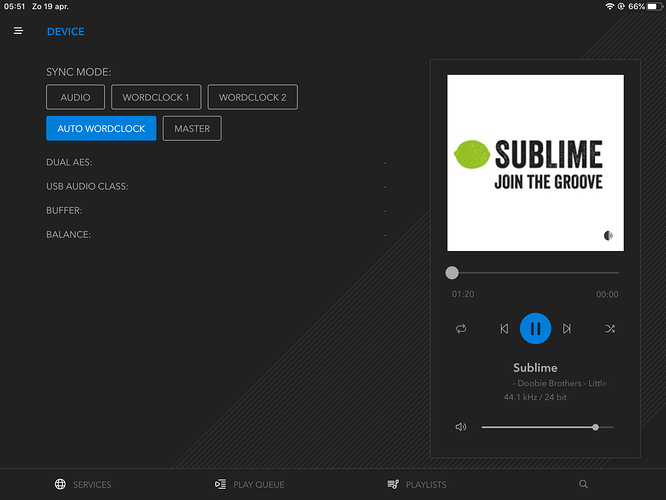 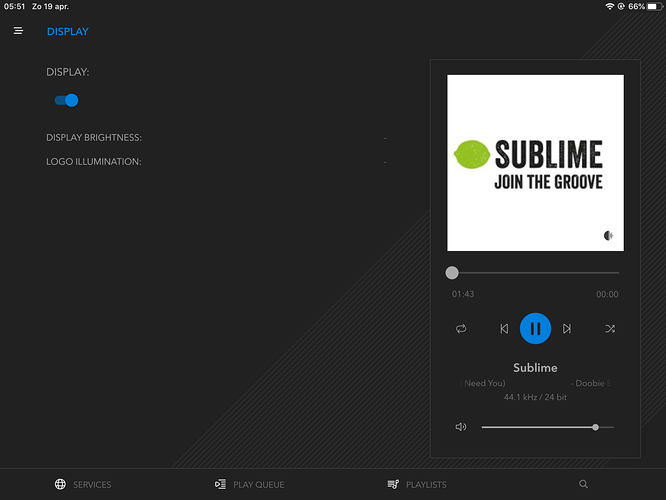 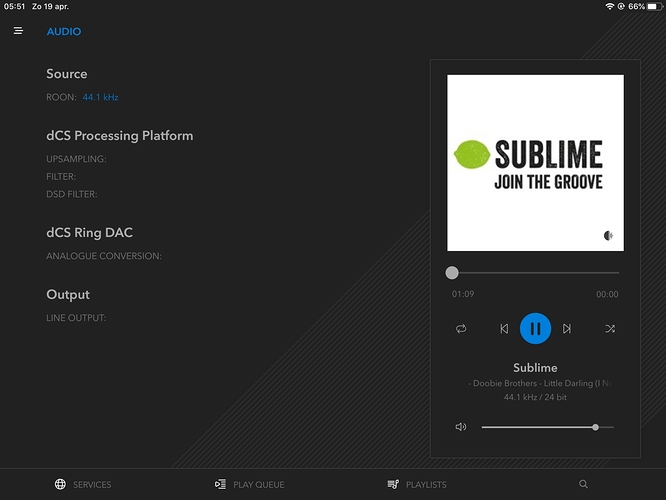 Did you try to power cycle your Rossini with the button at the back?

Hi Erno, thanks for your reply.
Yes I switched off the unit completely with the main switch at the back, waited a couple of minutes and switched the unit on again.
No difference!
btw the Rossini plays but no way to change any of the settings.

If you hit the menu button in the top left corner, the 3 small horizontal lines, do you see your Rosssini with its serial number, at the top?

In the Mosaic App when I tap the 3 mentioned lines I can see dCS Rossini player and it’s IP address.
No serial number is shown.

Also, what are the installed software versions on the unit in question?

Hello Andrew,
I tried this several times but without any succes. 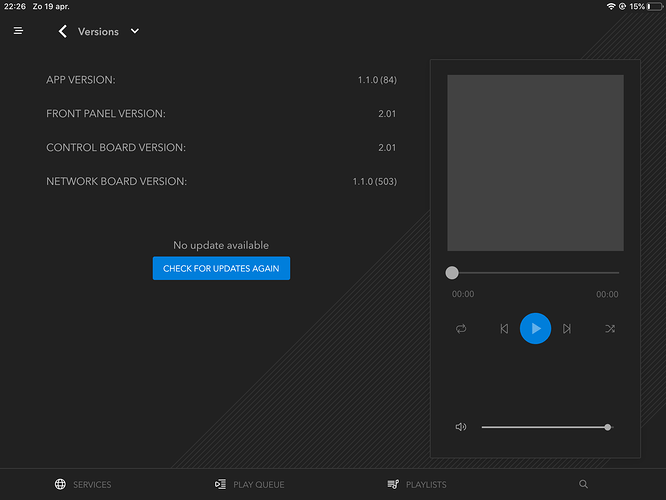 I did check for new updates but not available.

Well Andrew this is pretty strange, this morning it was still the same and not able to change any of the settings. Turned the Rossini Player off again with the main switch at the back, left it for a minute and switched it back on. Guess what? All is working again fine!!!

How could this be possible as all weekend it wasn’t?

See the differences of the screen shots of today and at 18th April. 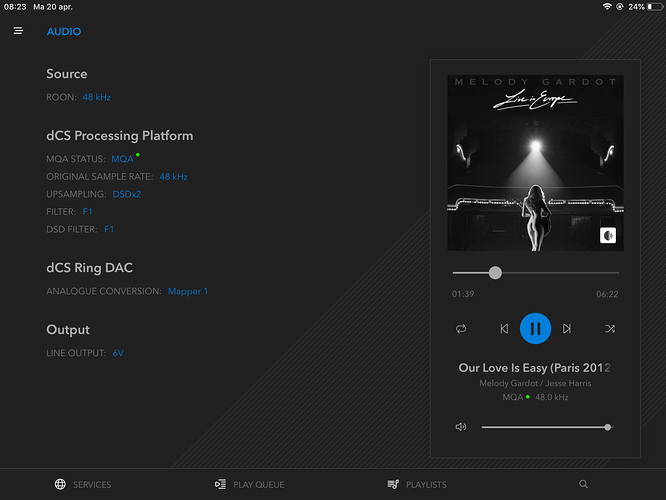 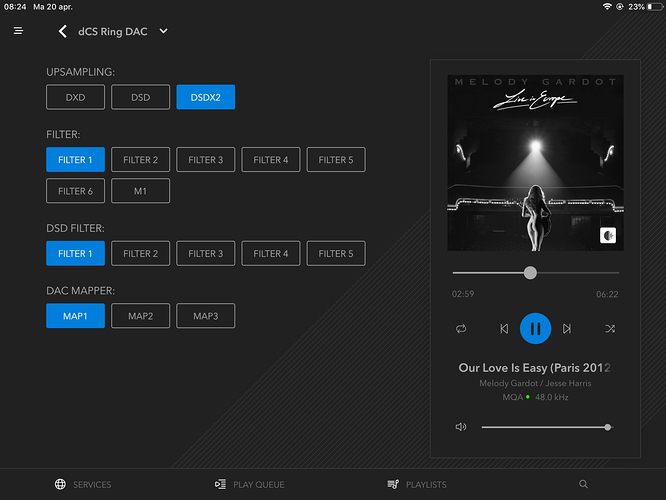 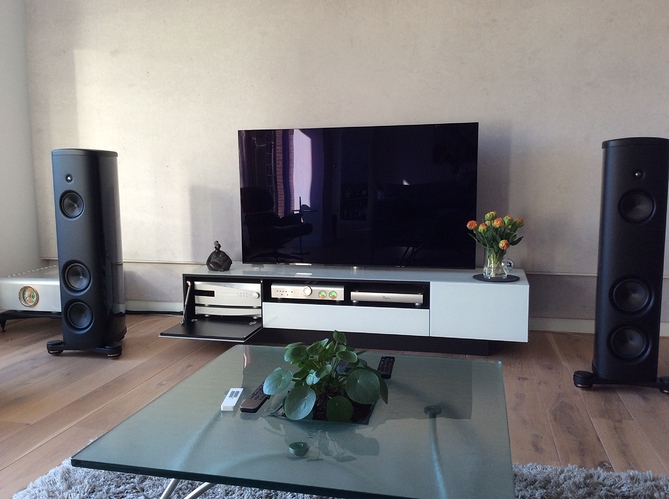 There is a known bug that causes the Mosaic Processor to fail to handshake with the device in which it is installed. This will result in a number of odd behaviors including the configuration menus not being populated. We’ll have a fix for this in the next release.

If the handshake is missed at startup then the device will remain in this state until it is next power cycled. In some cases it might take a couple of boot cycles to get the handshake to properly complete.

As the rear panel switch is hard to reach in your setup you can accomplish the same function by holding the front power button until “POWERING OFF” is displayed, then release the button. This will fully power down the electronics.

Thanks for your clear and honest reply.

Now I better understand the problem but also why the unit needed to be completely switched off, several times.

For your information in my case the switch is easy to access as there is no panel at all at the back side of my cabinet.

Much better to get rid of the heat generated by the equipment.

Thanks again and stay healthy.